On August 4, a new group calling themselves Doom Side of the Moon will release a tribute LP covering Pink Floyd's immensely popular album, The Dark Side of the Moon. Listen to their heavy version of "Money" above.

The band transform the classic 1973 Pink Floyd track with brutal guitar riffs and pounding drums, while staying true to the original tune. The rhythm picks up halfway into the song with swirling riffs, hypnotic organ, and a psychedelic guitar solo. In a statement, Kyle Shutt shared his inspiration for making this album:

The idea came to me after getting baked and wanting to hear a heavy version of "Time." I thought, why not just cover the whole album? After sitting down and working out some loose concepts, the arrangement for "Money" materialized and I realized that I could totally do this if I assembled the right band. It felt a little strange messing with someone's legacy, but I'm treating it as a celebration of one of the greatest bands to ever rock, a party that everyone is invited to

Pick up Doom Side of the Moon at the band's webstore. 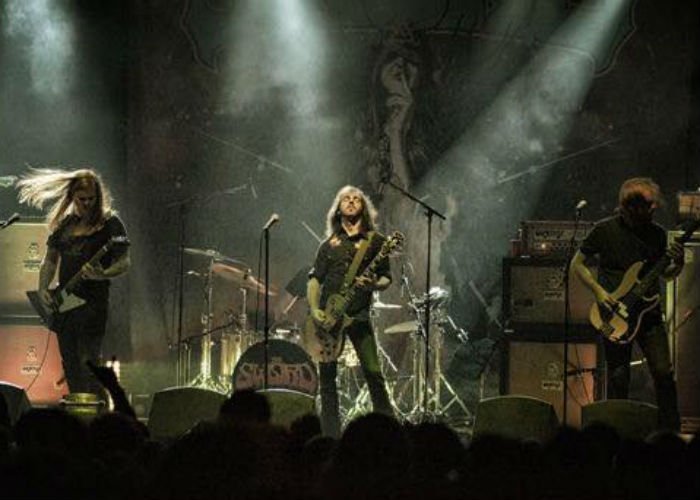 "One Of These Days"
Pink Floyd (YouTube)
Music British Rock Classic Rock Psychedelic Rock David Gilmour Nick Mason’s Saucerful of Secrets Pink Floyd Roger Waters Official Music Video
3
963
Back to top
You must be logged in to upvote things.
Registration and login will only work if you allow cookies. Please check your settings and try again.