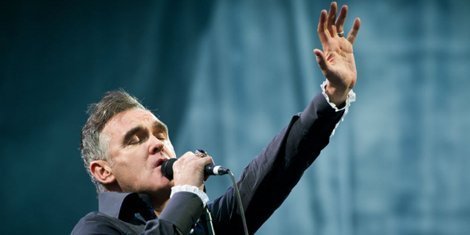 Morrissey fansite True To You has reported that the singer has just been released from Cedars-Sinai Hospital in Los Angeles. Although the cause of the injuries is unknown, Moz was reportedly treated for a concussion, whiplash, and an arm injury before being released. The website reports that "Morrissey would like to thank the medical staff at Cedars-Sinai for their "outstanding level of care and attention.""

No word yet from the singer or his camp, but possible causes of the hospital visit include a car accident, fainting after smelling a rose and hitting his head, or phantom injuries resulting from seeing this video.

Morrissey has had quite a year, including a host of medical issues and much controversy surrounding the release of his new memoir. Stay tuned to Zumic as more details emerge.

Source: True To You
Via: Consequence of Sound