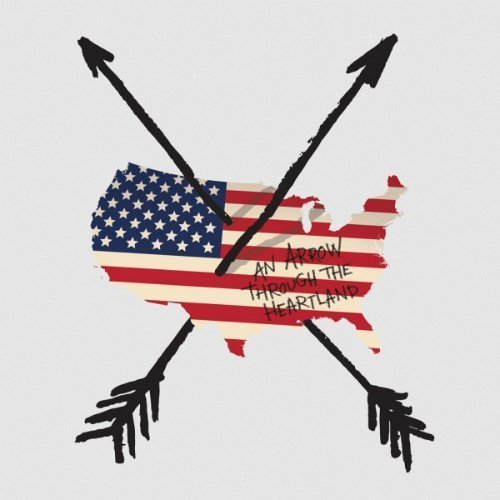 Indie folk rock band Mumford & Sons have added 2016 concert dates for a tour billed as An Arrow Through The Heartland. The 16 concert tour is scheduled to kick off early April in Houston, Texas. They're heading to Europe for some shows in May, before returning in June. Joining Mumford & Sons for the North American shows in April will be opening act Blake Mills. The band only have 1 North American show booked for June, but you can expect more to be announced later.

When do Mumford & Sons 2016 An Arrow Through The Heartland tickets go on sale and what's the presale code?

Ticket presales begin on November 11 for fan club members. On November 12, presales begin for Live Nation, LN Mobile App, and local radio / venues. We recommend signing up for venue email newsletters and following them on social media to get the most up-to-date information about those offers and passwords.

The Live Nation presale offer code is TRACKS and the LN Mobile password is COVERT. Keep in mind, that some presale tickets may be limited to undesirable sections with compromised sound quality and views of the stage.

The general public onsale begins as early as November 13, 2015, but each date can be different. Check the links below for the specific show you're interested in and more information about the tour.

The band is currently touring New Zealand and Australia, then will be wrapping up 2015 in the United Kingdom. They'll be visiting South Africa in January and February in 2016 before heading back to the United States for the Okeechobee Music Festival in Florida in March, 2016.

Keyboard player Ben Lovett took to the band's Facebook page to share some thoughts about the An Arrow Through The Heartland tour:

Touring the United States of America in many ways fulfills the childhood dream of what touring might be like. Rolling from one great city to the next, each with its own personality and uniqueness whilst remaining familiar enough at the same time. Waking up every morning with a conversation amongst us about who wants to visit "that" bookshop or "the" ultimate music shop or whatever the various cities had to offer. And on this note, we’re very excited to announce some new tour dates for 2016. Hope you can make it!

You can pick up the band's 2015 studio album, Wilder Mind, on Amazon (Vinyl, CD, MP3). You can also stream the full album and read our review here on Zumic.

For the latest music, news, and tour information about Mumford & Sons, check out their Zumic artist page. 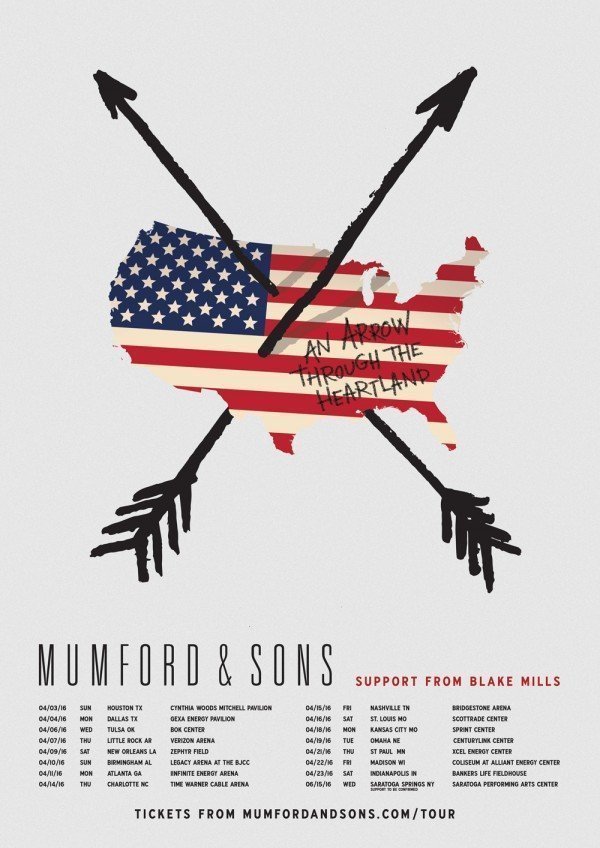