The masters of funk Earth Wind and Fire have returned with "My Promise", which is their first release of new music in 8 years. The clip features their signature dance-until-your-feet-hurt kind of groove.

"We put in a sincere attempt to be and do Earth, Wind and Fire the way people have come to know and love it, to rediscover the essence of what that is." - Philip Bailey

The audio used in the video is studio quality, while the video depicts them performing the song live which is a little odd. On that note legendary bassist Verdine White's outfit seems out of place seeing that the rest of the band seems to be dressed more casually...

"My Promise" is the first bit of music we've heard off of their much anticipated album Now Then & Forever, which is set to be released on September 10th.

They will play a show in Honolulu on August 3rd and in San Diego on September 6th where they will announce their full list of North American tour dates. 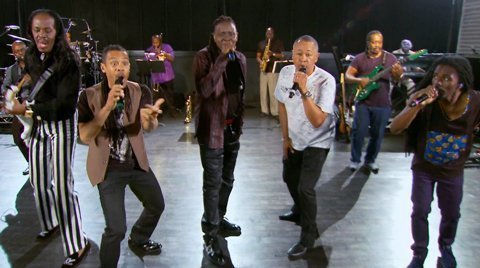