Last month, Ryan Adams released his self-titled 14th studio album, and has been touring to promote it ever since. Yesterday, he stopped by Conan to perform a song off the record. Listen to "My Wrecking Ball" above.

The performance was simple, just Ryan Adams on acoustic guitar with a light keyboard accompaniment. However, the simplicity added to the beauty and delicacy of the song itself. Adams' performance was deeply affecting and he created an intimate atmosphere out of a late night studio audience. After the tune ended Conan shook Ryan's hand and said, "that was amazing." It truly was.

You can listen to Ryan Adams in its entirety right here on Zumic. The record is out now and currently available on Amazon and iTunes.

For more on Ryan Adams, including news, music, and upcoming tour dates, go to his Zumic artist page. 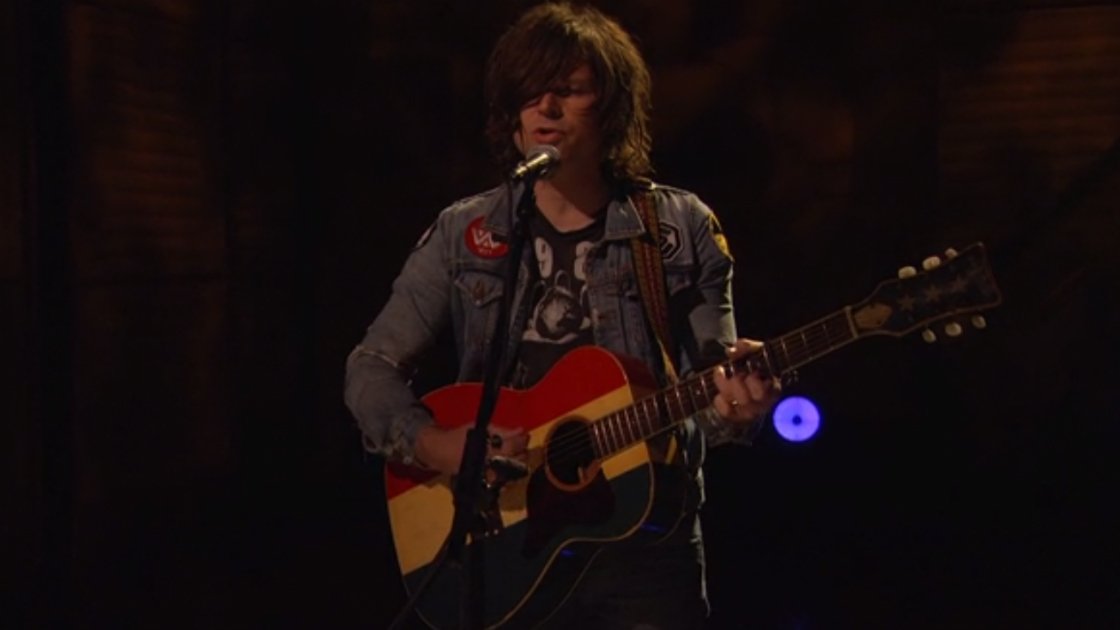