Queens rapper Nas is co-producing a hip-hop film alongside David Jacobson, titled Shake the Dust. Directed by Adam Sjoberg, Shake the Dust is a documentary focusing on international break dancers who all have the common love for the hip-hop art form. South America, Africa, and Asia are visited to capture the inspirational stories behind the individuals.

In the trailer, the love and meaning of hip-hop is expressed by the foreigners. "For many of us, our first language is Luganda, but for me, my real language, the language of my heart, is hip-hop," says one of the young break dancers in the trailer. Scenes of dancing amidst the poverty and war taking place in their respective countries are shown, giving the feeling of hip-hop being their escape route.

Shake the Dust hasn't been given an official release date yet, but it is confirmed Nas will contribute to the film's soundtrack duties. 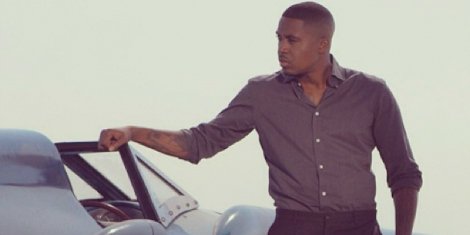