Say hello to WALLA, the new Los Angeles based electronic rock band that is starting to get noticed.

Today WALLA introduced Nature, the group's second EP after their debut album Animal of Love in 2012. Animal of Love got WALLA noticed by producer Josh 'Igloo' Monroy, who has previously worked with artists like Ludacris and David Archuleta, and Monroy offered to produce an album for them, according to Billboard.com. That album became Nature.

The result of the collaboration between WALLA and Monroy is music that is upbeat, synth-poppy and pretty good. So good that Nature has just debuted on the CMJ charts.

Working with Monroy, who is signed with SONY/ATV opened up some opportunities for WALLA. Singer/guitarist Jonothan Hoonch Kim said in an interview with Billboard, "Working with a producer from Sony, he really polished our sound, gave us great instruments to work with, a great studio to work in."

WALLA is remaining independent for now, but they're just getting started. "Nature," the EP's title track, has already reached number six on FMQB's Alternative Specialty Charts and made it to number one on Hype Machine.

The group has plans to play at CMJ and SXSW to keep up their momentum and, who knows, we may even see them on the Coachella roster come Spring.

The band has a lot of ideas they hope to explore in their music as they move forward. According to Kim, "I have tons of ideas for songs so it's just a matter of choosing the songs and cranking them out."

According to their website, WALLA's influences include pop, funk, samba, rock, metal, folk, disco, and psychedelia. Their music is meant to be a fusion of all of these influences into something new and promising. Listen above and tell us what you think. 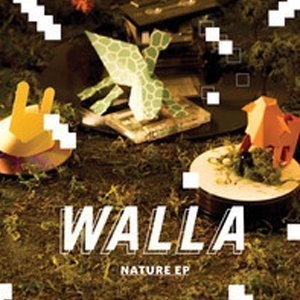