The new video for Joe Budden's track "NBA" off his 2012 album No Love Lost solidifies in the minds of any and all doubters that Budden, Wiz Khalifa and French Montana live up to the chorus of "Never Broke Again". Basketball analogies dominate the lyrical landscape, including Budden stating, "Your chick got traded post-game." Ouch. The video loses some luster, however, in the fact that the court is not some NBA arena floor but a gym where I think I played a church basketball game and that the players in the actual game look like a YMCA mid-afternoon time filler before the high school kids come and take over the court. Plus, as we all know, making the league does not guarantee financial independence forever. Still, the video is a perfect vehicle for the track and worth a peek. 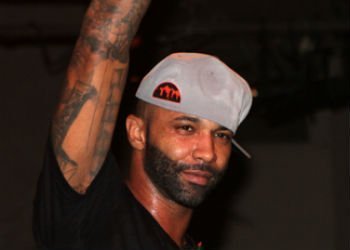 Wiz Khalifa And Curren$y Plot 2019 Tour Dates: Ticket Presale Cod...
Tickets Hip Hop Curren$y Wiz Khalifa
5
3576
Back to top
You must be logged in to upvote things.
Registration and login will only work if you allow cookies. Please check your settings and try again.