Neil Young stopped by the Colbert Report yesterday, for an interview and performance with "Crazy Host" Stephen Colbert. Watch the official videos below:

The two established a rapport years ago when Young was a guest during the George W. Bush era, and obviously feel pretty comfortable working with each other.

The interview is an incredible back-and-forth between two strong personalities, as Colbert busts Young's chops for having only been inducted to the Rock and Roll Hall of Fame 2 times, while Clapton's been in 3 times. The conversation also covers Young's new book about cars called Special Deluxe, and the tension between loving old cars and caring about carbon emissions. Of course, Neil is no stranger to such conversation as he turned his old Lincoln into a completely electric automobile and rode it around the USA and Canada. They also talk about Young's new Pono music service and hardware, which is supposedly 20 times better than an iPod.

The performance is truly special. Before they start playing, there's a classic blooper intro as Young doesn't follow the format and seems to really enjoy going off script. Colbert holds his conservative industrialist character pretty well, but you can see him laughing. He contributes new vocals to the song, to hilarious effect. During a breakdown, Colbert's attempt at a Neil Young-esque 1 note guitar solo gets a strong reaction from the audience, but musically it's a bit of a weak spot. This is still must-see viewing for fans of either Young or Colbert.

Head over to Amazon.com to pick up Special Deluxe: A Memoir of Life & Cars 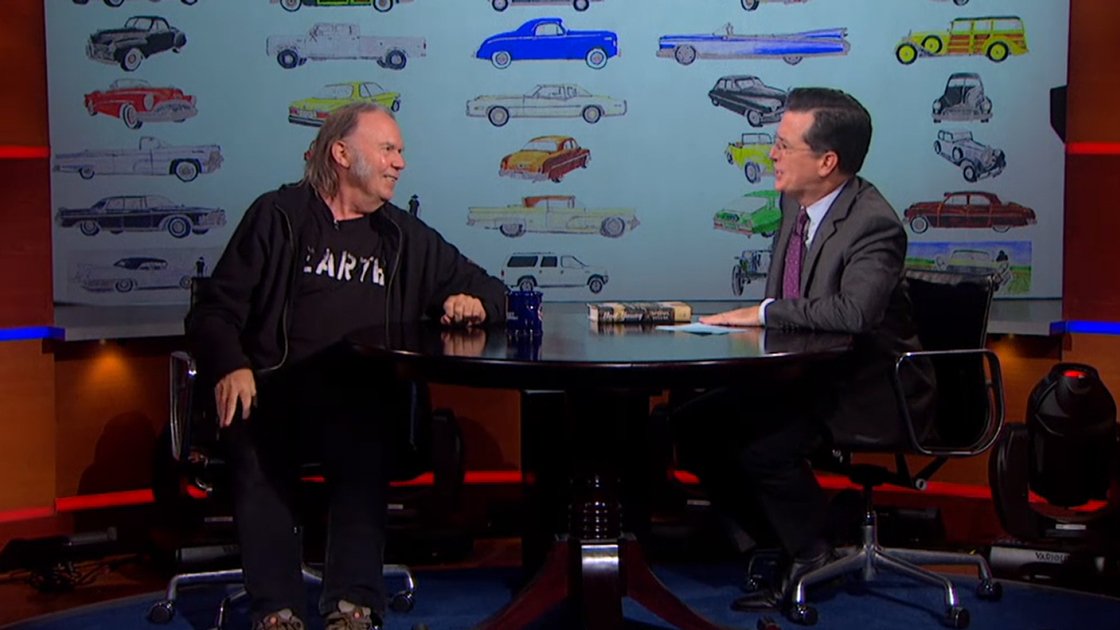 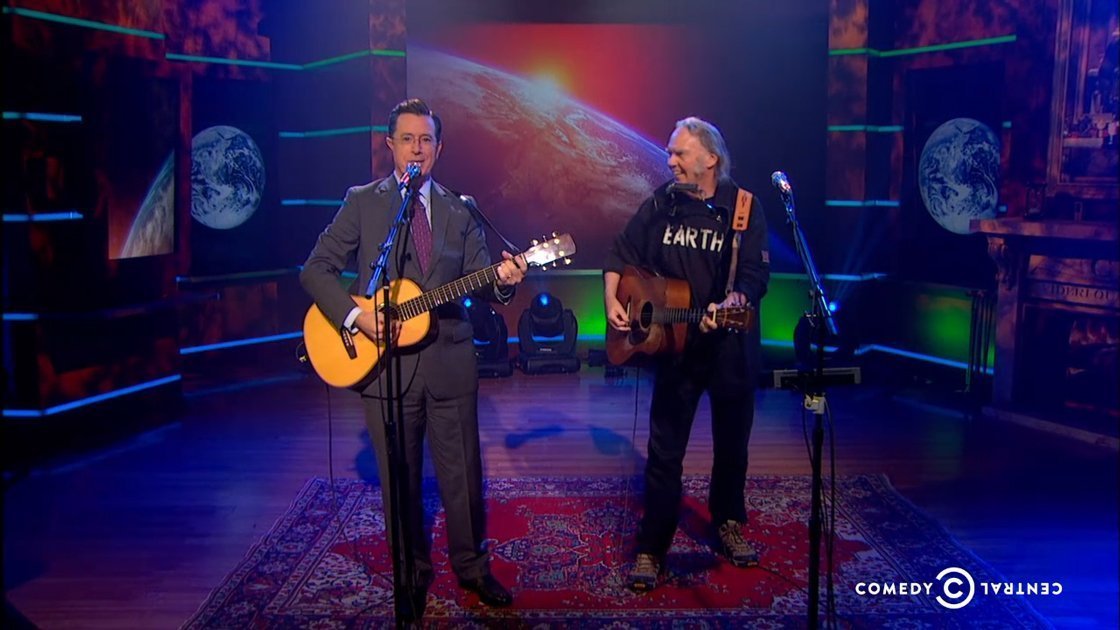 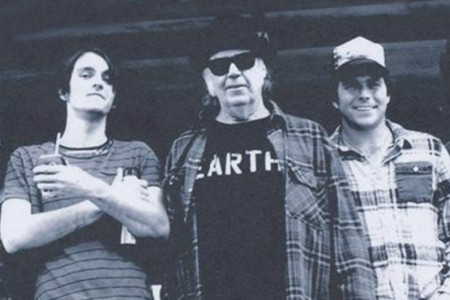 Neil Young Extends 2019 Tour Dates with Lukas Nelson & Promise of...
Tickets Americana Blues Rock Classic Rock Folk Rock Grunge Jambands Psychedelic Lukas Nelson & Promise Of The Real Neil Young
2
1745
Back to top
You must be logged in to upvote things.
Registration and login will only work if you allow cookies. Please check your settings and try again.