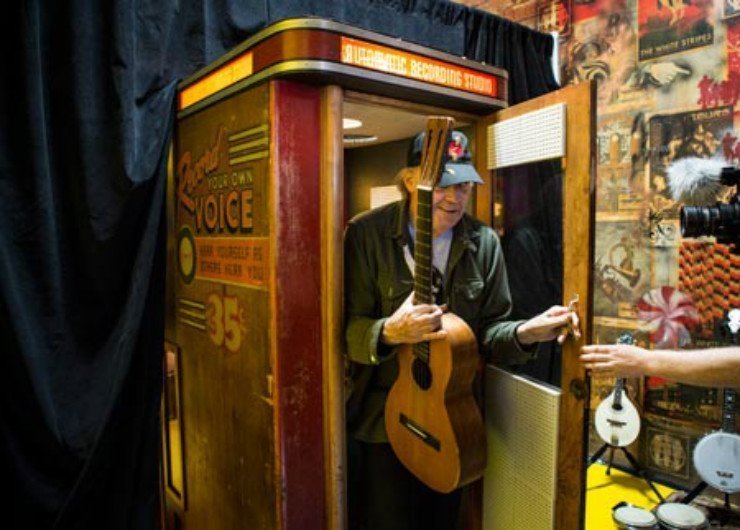 Legendary rocker Neil Young will release his 35th studio album, A Letter Home, through Jack White's record label "Third Man Records", as per this post on the record label's website. Although no official release date has been given yet, Mr. Young has said that the new album will be released sometime in March.

An article posted on January 22nd on Neil Young's website describes the new album as, "An unheard collection of rediscovered songs from the past recorded on ancient electro mechanical technology captures and unleashes the essence of something that could have been gone forever." The article was credited to a Mr. "Homer Grosvenor." Additionally, Mr. Young admitted in an interview with Rolling Stone that this album is "one of the lowest-tech experiences I’ve ever had."

Because of these leaked details, rumors have circulated that the rock and roll Hall of Famer recorded the new album on a machine called a Voice-o-Graph. It was originally built in 1947 and is simply a public vinyl recording booth where anyone can come in and record up to two minutes of audio that's cut onto a six-inch phonograph disc. This booth is the only one of its kind and it's located at Jack White's Third Man Records headquarters in Nashville.

Check out what a recording from this booth sounds like by listening to Jack White's version of the Loretta Lynnn song "Coal Miner's Daughter" on Zumic.