On Tuesday, The Roots released ...And Then You Shoot Your Cousin, their eleventh studio album. In honor of that, last night's The Tonight Show Starring Jimmy Fallon had them switching roles from the show's house band to its musical guest of the night. Accompanied by A-Trak and The Metropolis Ensemble, the hip hop band played "Never," a track from the new album. Watch them above.

With The Roots' usual lineup aided by the presence of a DJ, a choir and some strings, "Never" became a cinematic epic, despite its runtime barely passing four minutes. After Patty Crash's chorus was piped in through A-Trak's equipment, Black Thought rapped a single, impassioned verse into a very shiny microphone. With all performers clad in black on an all-white stage, "Never" was given a visual treatment that matched its dramatic sound.

Head over to The Roots' Zumic artist page for more of their music, videos and news. 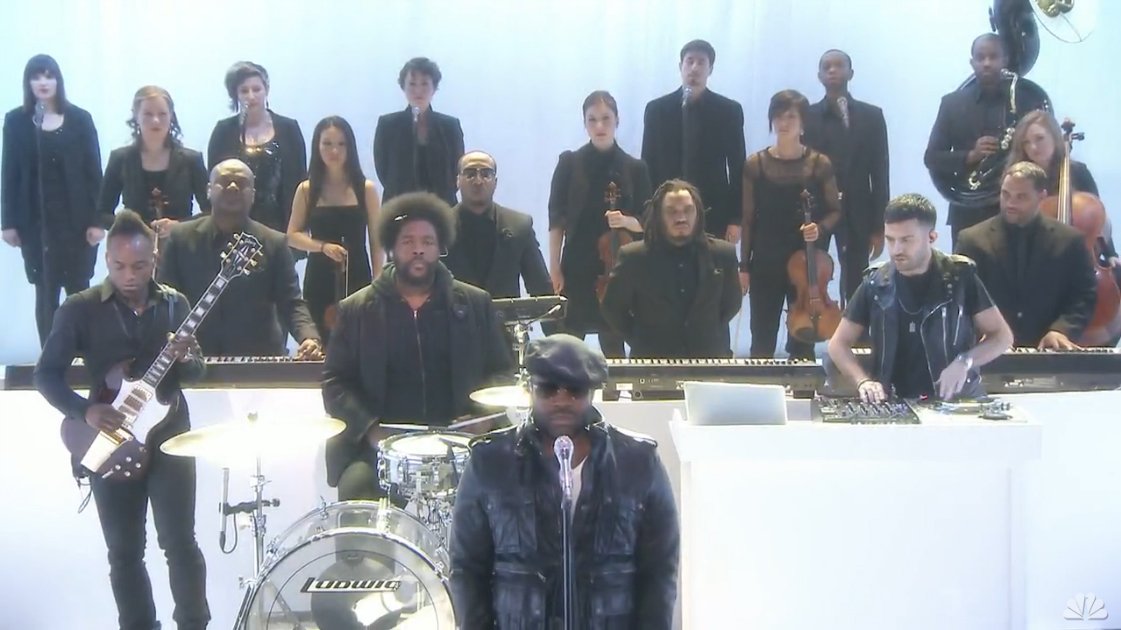 "Couldn't Tell" - Statik Selektah ft Black Thought [SoundCloud Of...
Music East Coast Rap Hip Hop Black Thought Statik Selektah The Roots Audio Single
1
798
Back to top
You must be logged in to upvote things.
Registration and login will only work if you allow cookies. Please check your settings and try again.