Angel Haze is not afraid to take on anyone, not even the mighty Yeezus.

Today Haze released her own version of "New Slaves" because, according to Twitter, she was "feeling bored."

While she leaves the chorus of the song in tact, Haze takes apart the verses, rapping about drugs, the Internet, police corruption, and a slew of other social issues.

Mind you, this was released after Ye took to Twitter with this gem:

I open the debate… The 2nd verse of New Slaves is the best rap verse of all time….meaning … OF ALL TIME IN THE HISTORY OF RAP MUSIC, PERIOD

Take a listen to the track above. Haze's debut album Dirty Gold should be out some time this year. Haze said that the album has been finished since June, so now we are just not-so-patiently waiting for a release date.

To soothe your burning anticipation you can listen to some of Haze's other projects, including "No Bueno," a single from the upcoming album. Just click the link. 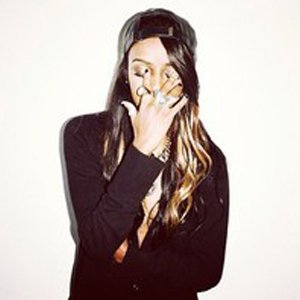