Kanye West made a surprise appearance at Odd Future's Los Angeles carnival Saturday night. Kanye came out to perform two stripped-down songs during Tyler, The Creator's set, eliciting an enthusiastic reaction from the crowd. Watch the pro-shot video above.

Kanye recently postponed several shows on his tour due to damaged equipment, but it's nice to see that he can still perform without video screens and appearances by Jesus. 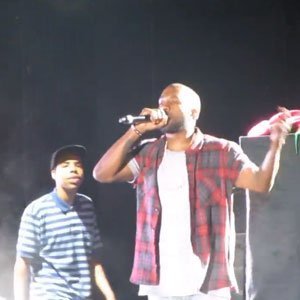