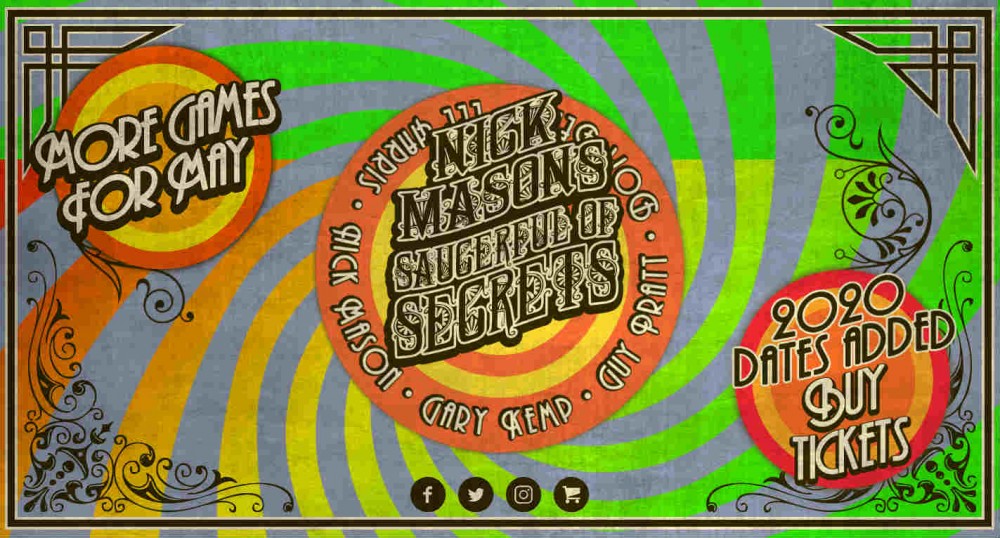 Since forming in 2018, the Saucerful of Secrets have delivered their unique take on early Pink Floyd material. For the upcoming tour, which runs from April to June, they are scheduled to perform at mid-size venues across Europe and the UK.

Nick Mason’s Saucerful of Secrets All Tour Dates and Tickets

When do Nick Mason's Saucerful of Secrets 2020 tour tickets go on sale and what is the presale code?

Tickets for all shows are now on sale. Keep in mind, each date is different and details are subject to change. Click through the individual concert links for more information about the show you're interested in. We recommend following Nick Mason on social media, in addition to checking your local venue, to get the most up-to-date information.

Nick Mason’s Saucerful of Secrets features the legendary drummer with Gary Kemp and Lee Harris on guitars, Guy Pratt on bass, and Dom Beken on keyboards. The band is named for the 1968 song and album A Saucerful of Secrets, which was recorded during a transition period for the band and is the only Pink Floyd LP to feature both Syd Barrett and David Gilmour.

For concert tickets and more, check out the Nick Mason Zumic artist page.