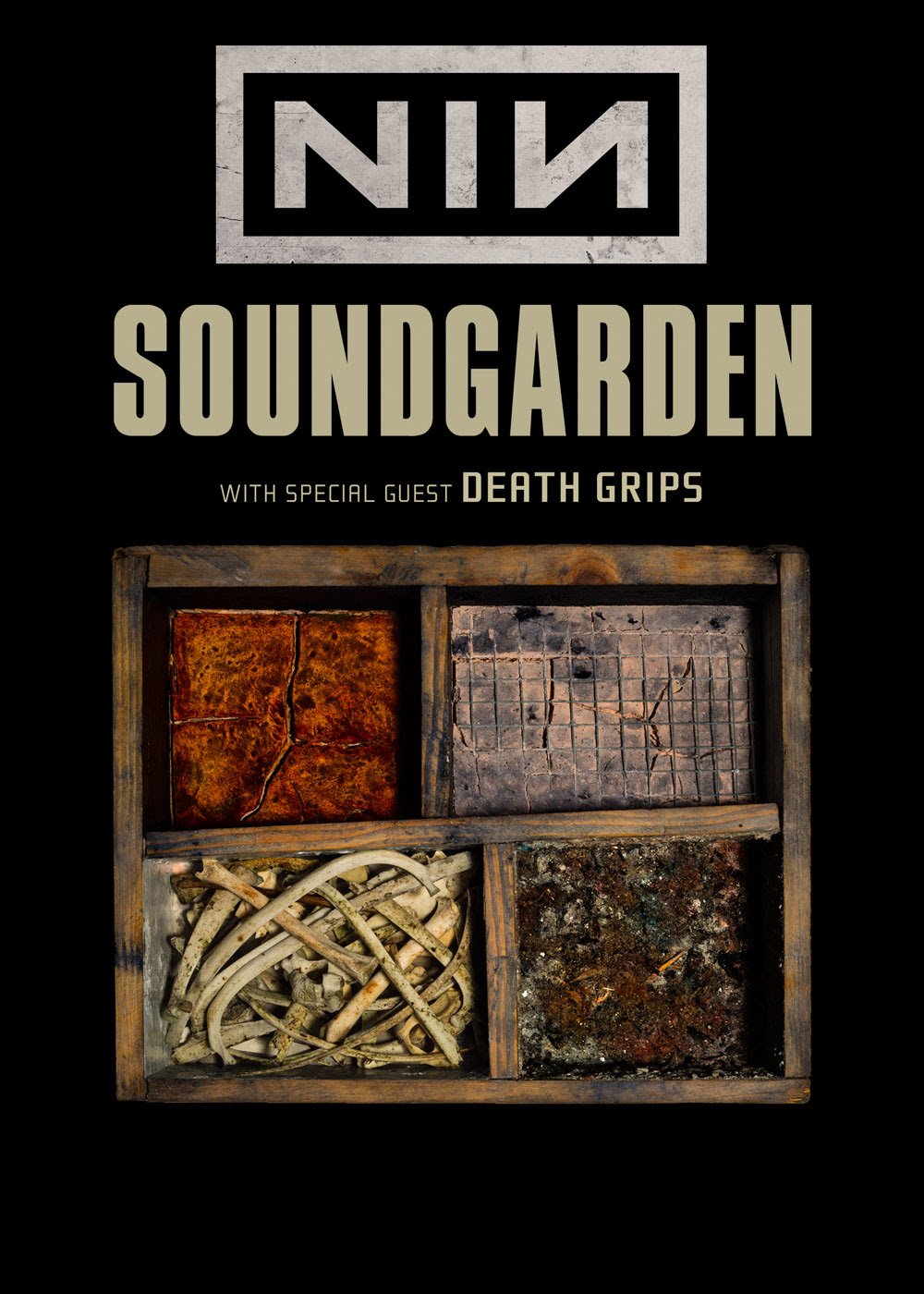 Nine Inch Nails and Soundgarden have just announced a joint summer tour. The two '90s giants will kick things off in Las Vegas towards the end of July and tour through North America for the following five weeks, culminating in Los Angeles August 25th.

Supporting the tour will be Death Grips, who are slated to play all shows except Tinley Park, Illinois and Toronto, Ontario.

Tickets for all shows go on sale March 21st, but a special artist pre-sale begins at NIN.com tomorrow, March 17th, at 12:00 PM local time. Pre-sales will also include early entry to the venue. You can find full pre-sale information at Nine Inch Nails' official website.