During halftime of their game against Georgia Tech on November 14th, The Clemson Tigers marching band payed tribute to the classic Nintendo Entertainment System with a montage of images ranging from the nearly ancient 2-button controller to the powerful mushroom, the goomba, the underwater squid, Bowser's castle, and Link (from The Legend of Zelda). The music consisted primarily of the Mario Brothers theme song and the Zelda theme song.

Things end with Clemson's fight song, the "Tiger Rag" (also known as "The Song that Shakes the Southland") as the band members align to spell out CLEMSON and march off the field. An exhilerating six-and-a-half minutes for people like myself who are old enough to remember the old video games when 8-bit ruled. It was a special moment in Clemson, South Carolina (also known as "Death Valley"). This school knows how to party. 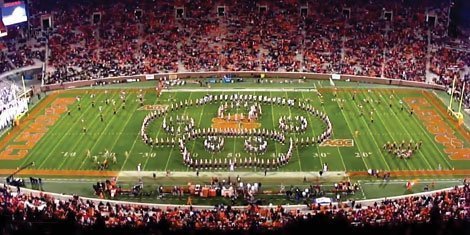 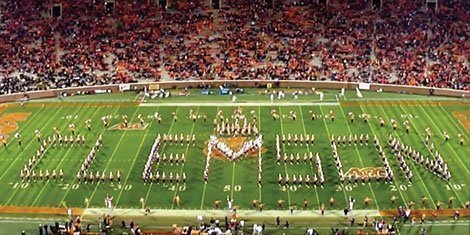