"Nothing Was The Same" - Drake [Spotify Album Stream]

The third time's a charm, as Canadian rapper Drake drops his latest album, Nothing Was The Same. Released today, the album shows his growth as a lyricist from his previous effort, Take Care. Many Hip-Hop fans complained that Drake needed more rapping, and less singing on the album. Those complaints have been shut down from the opening of Nothing Was The Same, as Drake lets loose ferocious raps over a Whitney Houston sampled beat. "Tuscan Leather" silences those in denial of his lyrical power, as he declares "Them strep throat flows, them shits to stop all of the talkin', All of the talkin', got one reply for all of your comments."

Sound duties on the LP are handled mostly by in-house producer, Noah "40" Shebib. Tracks such as "Wu Tang Forever" and "Connect," blend Shebib's dark beats perfectly with Drake's rhyme pattern. Amazingly, bonus tracks aside, the only rap guest featured is Jay Z. This leaves Drake plenty of breathing room to deliver his deepest thoughts on tracks, making Nothing Was The Same his most personal effort yet.

The singing aspect of Drake's performance skills are not forgotten though, as "Hold On, We're Going Home" and "Own It" are sure to make listeners satisfied that like his softer side. With a headlining tour beginning in October, fans can purchase Nothing Was The Same via iTunes. 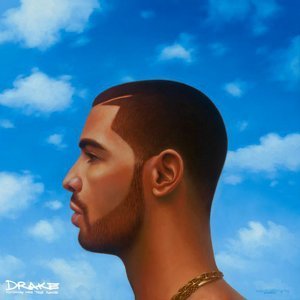 "In My Feelings"
Drake (YouTube)
Music Hip Hop Pop Hip Hop Drake Official Music Video
3
1536
Back to top
You must be logged in to upvote.
Registration and login will only work if you allow cookies. Please check your settings and try again.