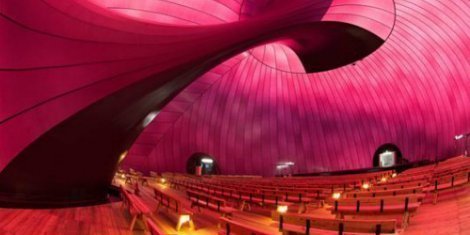 Yes, you read right. Japanese architect, Arata Isozaki, and British-Indian sculptor, Anish Kapoor, have created an inflatable concert venue. Nova Ark (New Ark) was created in the aftermath of the March 2011 earthquake and tsunami in Japan. Michael Haefliger, Artistic and Executive Director of Switzerland's Lucerne Festival, wanted to give survivors "something more than everyday pleasure."

Nova Ark will transport the Lucerne Festival to the devastated area of Matsushima in Japan’s Miyagi Prefecture. Starting September 27 until October 13, it will provide classical, jazz, traditional, and contemporary performances as well as music education workshop for the people.

In addition to being portable, Nova Ark is also environmentally friendly. The acoustic reflectors and chairs in the concert hall contain wood from the trees of the cedar forests at Zuiganji Temple in Mastushima that were badly damaged in 2011.

While a permanent 700-capacity concert venue can take years to build, the balloon-like structure of the ark requires an inflation time of two hours. It also comes with fewer jackhammers and no construction related traffic jams. Maybe one day Nova Ark will make its debut at a U.S. music festival. Until then, marvel at the pictures below of the purple inflatable concert venue.

For more photos of the design and installation, visit Kapoor's website. 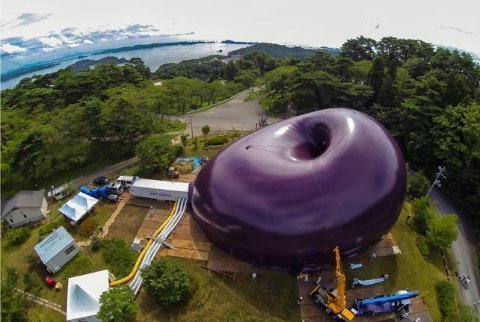 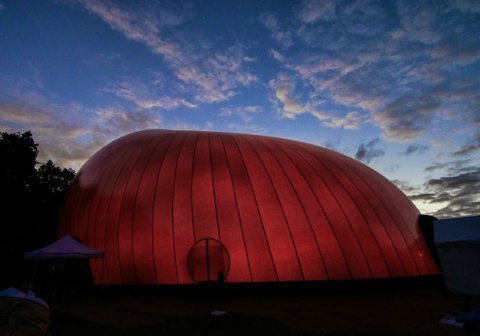 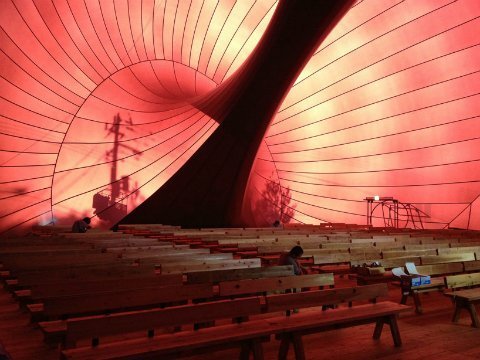