Thomas Hardy Morris has been a busy man of late: Diamond Rugs released their excellent self titled debut last year, Dead Confederate released both Peyote People in December of last year and just last month released one of this year's best records with In The Marrow, and on top of all this came the recent announcement of his solo debut Audition Tapes out July 30th on Dangerbird Records. Whew. Morris has shared the lead single on his website and we're streaming it for you here.

The song itself is a gorgeous country waltz of a number that recalls Aimee Mann's beautifully forlorn work. That feeling is only accentuated by the aching background vocals of Thayer Sarrano, another Athens favorite. I saw T. Hardy Morris and the Outfit play one of their first shows opening for Deer Tick back in Athens at the Georgia Theatre and was tranfixed by their performance, it's great to see the studio material is equally adept at grabbing your attention. Very excited to hear the entire record. 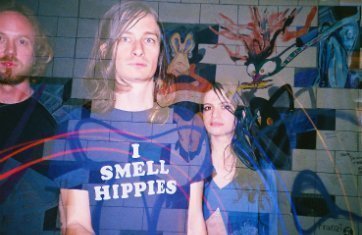 For more info on T. Hardy Morris check out his website here and check out Thayer's right here.