Self-described as "completely fried theremin wielding psychopaths," King Gizzard and the Lizard Wizard have put out their latest masterpiece, Oddments. It's adventurous, it's free-wheeling, and it's all over the place.

Hailing from Melbourne, Australia, this seven-piece band strikes comparisons to the complexities and influences of their Aussie mates Tame Impala. Amidst all the so-so indie bands competing for attention in an easily overwrought genre, this album feels refreshingly honest and whimsical without being too contrived. Each song is something different, making the combined result an entirely interesting listen without a single dull moment.

"Alluda Majaka" opens the album with Middle Eastern instrumentals catapulting into Doors-like keyboards of 60s psychedelia (complete with sonic additives that resemble a horse neighing). We settle in with "Stressin'," a chilled out tune about the anxieties of being human.

A standout song, "Vegemite," adds light-heartedness with a catchy head-bobbing beat and a more abrasive voice similar to that of fellow garage rockers like Ty Segall or Bass Drum of Death. "I love my Vegemite / It's strong as hell and black as night"--spoken like a true Aussie. By contrast, we get a taste of Southern goodness mixed with the glories of glam in "It's Got Old."

Things shift drastically if only for a quick 17 seconds in "ABABCD"--a surf punk jam that seeks to wake you up from the dreamy, zoned-out "Work This Time."

In the raw and infectious "Hot Wax," they borrow elements of late '70s punk, with vocals like the deliciously dark Bauhaus. A slackening in pace leads into a steady, folksy acoustic guitar in "Homeless Man in Addidas," channeling the subdued sounds of Simon and Garfunkel.

What the album is in danger of is being dismissed as another work of revivalism, where their influences are too clearly defined and originality is lacking. However, these music wizards have a lot to offer and are highly productive, releasing Oddments as their fourth album in only two years. Much like the hot wax they sing about, their sound drips and sticks right into your brain. 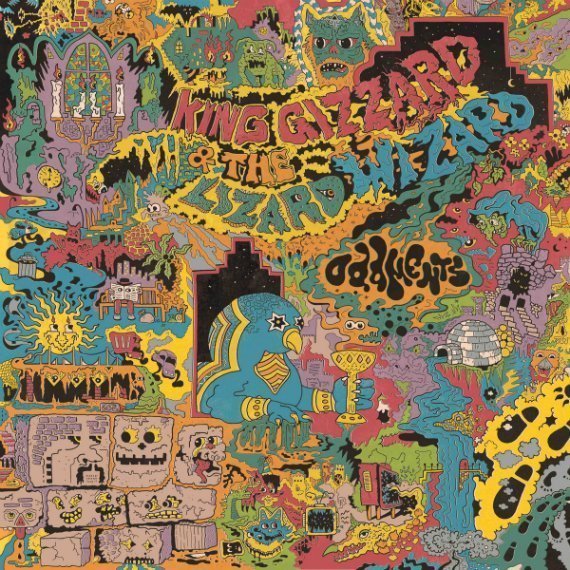