Detroit rapper Danny Brown might be a top contender for Hip-Hop artist of the year with his latest effort Old. On the album, Brown's unorthodox rhymes mesh perfectly with superb production by A-Trak, Oh No, and Paul White. Appropriately titled Old, the crazed lyricist reflects back on his harsh Detroit upbringing filled with drug use, poverty, and crime.

Brown doesn't do the job alone, as amazing guest appearances from Schoolboy Q, A$AP Rocky, Ab-Soul, and Freddie Gibbs are featured. His ability to switch his voice from a calm tone to a more sporadic one balances out the body of work greatly. Touching on controversial subjects, the track "Dip" vividly describes the effects of the popular drug Molly. "Pure MDMA put it in a shot, we talkin’ bout crystal," he raps, praising the high trip he is on.

The album serves up as a great alternative to the overdose of trap beats currently plaguing Hip-Hop. Often referred to as the reincarnation of the late great ODB, Brown solidifies his name being brought up with the current best rappers in the game.

Old will be available October 8 via iTunes. 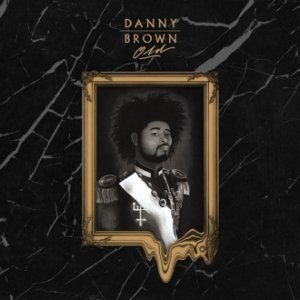