Texas-based indie/folk band Okkervil River stopped by the NPR Music offices in Washington, D.C. to perform three songs for NPR's Tiny Desk Concert series. They opened with "On A Balcony" and then moved on to "Pink Slips" and "Down Down the Deep River," all of which appear on their latest album The Silver Gymnasium.

The critically-acclaimed band came out swinging with "Balcony," a driving track that showcased frontman Will Sheff's powerful vocals. Guitarist Lauren Gurgiolo started off "Pink Slips" with some hot, whirling guitar riffs before Sheff and the rest of the band joined in with ethereal harmonies. They wrapped up their set with "Down Down The Deep River," a breezy strummer balanced by subtle electric guitar picking, soaring keyboards, and warm trumpet melodies. Check it out in the video above. 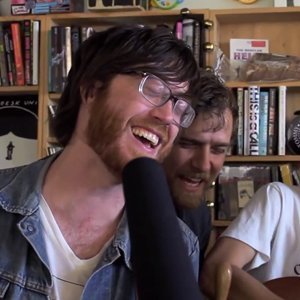 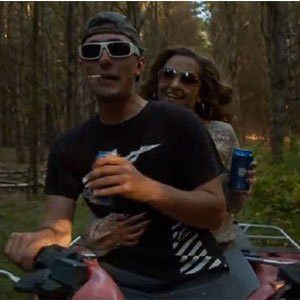