One Direction Bring 2014 "Where We Are" Tour to a Close 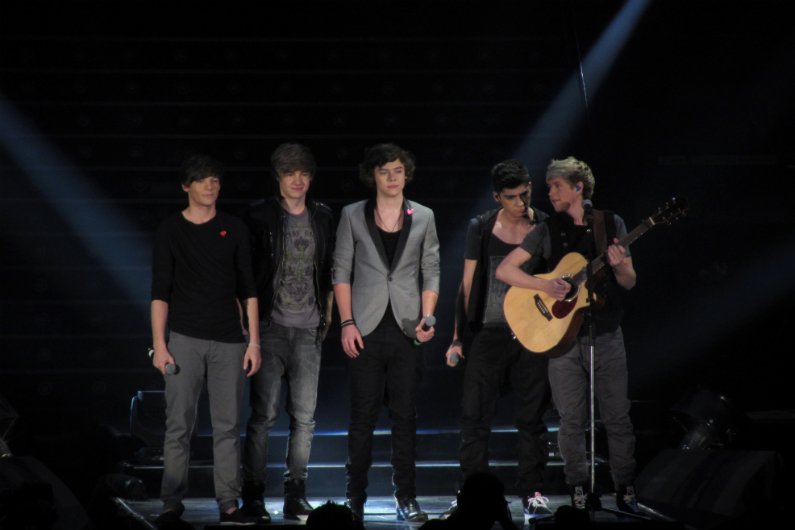 Having already become the first live act this year to break the $200 million barrier thanks to the overwhelming demand for One Direction tickets, the world’s biggest boy band are now gearing up to bring their Where We Are world tour to a close with the final part of their North American leg.

The three-time Billboard 200 chart-toppers, who began their third major concert tour in Colombia back in April, will return to the stage after a two week absence tomorrow night (September 11) at Pasadena’s Rose Bowl – tickets for which are available on the secondary market for a get-in price of only $15.

The low prices on the secondary market will continue over the last remaining shows. Following another two nights at the home of UCLA football on September 12 ($32) and 13 ($65), the quintet will move onto the likes of San Antonio’s Alamodome on September 21 ($53), Charlotte’s PNC Music Pavilion on September 27 ($75) and 28 ($38) and Tampa’s Raymond James Stadium on October 3 ($38) before wrapping up at Miami Gardens’ Sun Life Stadium on October 5 ($21).

With an overall average tour price of $227, according to TiqIQ, there are plenty of One Direction tickets waiting to be snapped up. The Sept 19 gig at El Paso’s Sun Bank Stadium currently has the lowest get-in price at just $9, and the Sept 23 performance at Tulsa’s Bank of Oklahoma Center has the highest at $123.

Fans can also get their hands on One Direction tickets for their iHeartRadio Music Festival performance at Las Vegas’ MGM Grand Garden Arena on Sept 20 ($118). Outside of the US, their 2015 On The Road Again tour dates include Adelaide’s Aami Stadium on February 17 ($194) and Johannesburg’s Soccer City Stadium on March 28 ($238) and 29 ($246).

The 2010 X-Factor finalists, who this week released a trailer for their forthcoming live concert film, will be accompanied on every date by Australian punk-pop outfit 5 Seconds of Summer, who recently topped the US chart with their self-titled debut album. British singer-songwriter Jamie Scott, who co-wrote the group’s hit single “Story Of My Life” will also serve as support for the three Pasadena shows.

During the conclusion of last year’s Take Me Home tour, the band played a five night stint at the Staples Center in Los Angeles. Each show had an average price of at least $400 and a get-in price of $130. That has made many shows on this summer’s tour much more affordable with a larger capacity in stadiums. That’s good news for many One Direction fans still looking for tickets at the end of the tour.

Those with One Direction tickets should expect to hear all the highlights from their first three albums including the Top 10 singles “What Makes You Beautiful,” “Live While We’re Young,” and “Best Song Ever.” And having just announced that their fourth studio effort, Four, will hit the shelves on November 17, the boys may well treat audiences to some new material too.