Ty Dolla $ign has just released the official remix of his hit single, "Or Nah." Three months ago The Weeknd dropped the remix, and this morning Ty$ made it official by posting it to iTunes.

The Weeknd's singing is flat-out silky as always, although lyrically he performs one of the raunchiest verses you'll ever hear. It is both perplexing and amusing to hear such a soothing voice be so risqué. Three months ago, he put out another explicit remix to Beyonce's Drunk in Love. Since those two releases, the Canadian artist has been relatively quiet.

Ty Dolla $ign and Wiz Khalifa both deliver decent verses over the DJ Mustard production. Ty$'s voice sounds bland in contrast to The Weeknd's shimmering vocals. Wiz on the other hand, seems to be content just fitting in with the current trends. Last month he released a mix tape 28 Grams, which featured a bevy of tracks where Wiz crooned with auto-tune.

To follow all The Weeknd's music, videos, and news out his Zumic artist page. 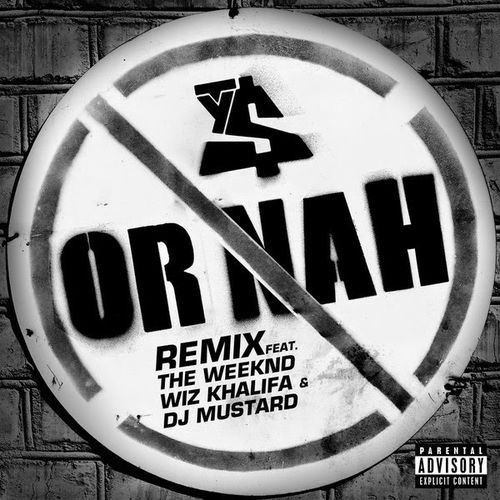 The Weeknd Reschedules 2020 Tour Dates: Tickets Now On Sale
Tickets Hip Hop Pop The Weeknd
1
1349
Back to top
You must be logged in to upvote.
Registration and login will only work if you allow cookies. Please check your settings and try again.