After some controversy, Muse had to pull the official music video for "Panic Station" down immediately after releasing it a couple days ago. Now they've re-released the video, with a bit about the Japanese flag from World War II being taken down. This is the 5th single from their 2012 album, The 2nd Law, and we can see they're getting pretty goofy with the video. We see the band walking around Japan in crazy outfits, in search of the Panic Station.

Musically, this rocks pretty hard. The drums and bass are crushing - and it should be pointed out that this is a song that should be played LOUD! The groove is disco danceable and there's some funky horns in there, too. 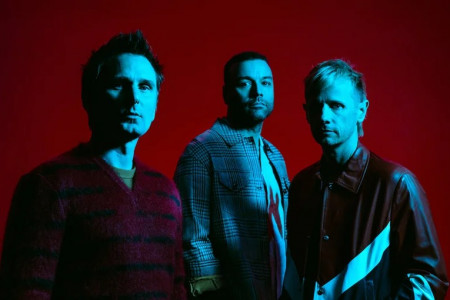 "Pressure"
Muse (YouTube)
Music Alt Rock Electro Rock Prog Rock Rock Muse Official Music Video
2
1040
Back to top
You must be logged in to upvote.
Registration and login will only work if you allow cookies. Please check your settings and try again.