Malian singer and guitarist Vieux Farka Touré recently released his fourth album, and from it we have his gentle song, "Peace." The video is set in Touré's home of Mali, and translates the beautiful, soothing, and evocative song into a visual that matches the sound. As Touré tells Rolling Stone:

Mali is my home. This video is put together to be like a home movie of life in Mali. I wanted something that felt like it was intimate and gave a real look at the joy of our lives when we are enjoying peaceful times.

The video achieves his goals, showing children gleefully skipping through the streets, musicians playing songs together, and people overall enjoying life together. It invites the viewers in, immersed in a peaceful video with gorgeous sunsets and laughing smiles. The video shows what the title and music invoke.

"Peace" brings awareness to the slavery and music ban in Mali. The video ends with a message to visit Touré's humanitarian organization supporting Malian people - go to AMAHREC-Sahel.tumblr.com for more information. As Touré says, "May God protect Mali and return these happy times to us for many generations to come."

"Peace" comes from Vieux Farka Touré's 4th studio album, Mon Pays (My Country in English). It was released in May, and can be downloaded now on iTunes. You can also catch Touré on tour between September and November as he travels through North America and Europe. Find dates and tickets on his official website. 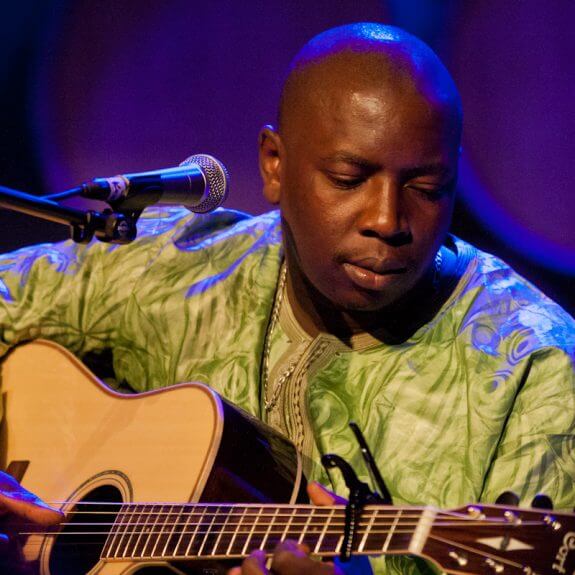