Since J Dilla passed away in 2006, fellow Detroit resident Black Milk has carried the city's torch for jazz-influenced hip hop. The latest from the underground MC/producer is "Perfected on Puritan Ave.," the first single from his upcoming album No Poison No Paradise.

The track's first two minutes sound akin to Freddie Gibbs' recent work with Madlib, with sweeping strings and a xylophone hovering over a beat that's barely there. But fans of drums, have no fear-- "Perfected on Puritan Ave's" remaining 90 seconds feature an absolutely bonkers free jazz freakout, complete with a hard-bopping breakbeat.

Black Milk's last album was entitled Album of the Year, and regardless of whether or not it lived up to that name, No Poison No Paradise has big shoes to fill. "Perfected on Puritan Ave." is definitely a step in the right direction, as it blends hip hop and jazz without sounding too indebted to the late, great Dilla. 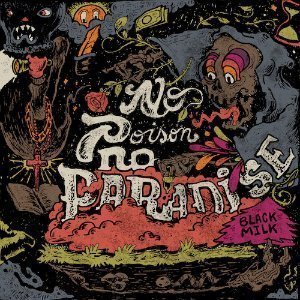