Featuring the music of Joy Division and New Order

Peter Hook, bassist and founding member of Joy Division and New Order, has added 2022 tour dates to his schedule along with his current band known as The Light.

The newly announced concerts are scheduled in the USA and Canada from August into September. On tour, Peter Hook & The Light will be performing both of Joy Division's studio albums — Unknown Pleasures and Closer — in their entirety in addition to "singles, B-sides, AND a New Order set to open in a near 3 hour show!" as shared on Peter Hook's social media.

Peter Hook & The Light currently have over 80 concerts planned in 2021-2022, bringing their post-punk and new wave energy to fans around the world. That includes a series of festival appearances in England coming up in the next month, concerts in New Zealand during November, and then a load of concerts in the UK and Europe from January through August.

Peter Hook and the Light Tour Dates and Tickets Near You

Peter Hook and the Light All Tour Dates and Tickets

When do Peter Hook & The Light 2022 tour tickets go on sale and what is the presale code?

Tickets for the previously announced shows are now on sale. For the new dates, the general public on-sale begins as early as October 22. Presales are currently underway for Live Nation, LN Mobile App, and local venue/radio. Keep in mind, each date is different and details are subject to change.

We recommend following Peter Hook & The Light on their social media, in addition to signing up for your local venue's email newsletter, to get the most up-to-date information. 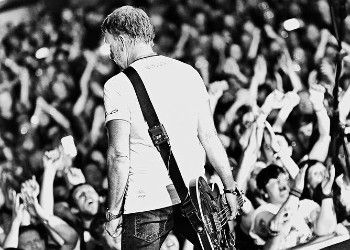