Pharrell, one of the masters of record production, sat down with Hard Knock TV / Grammy.com to talk about some of his philosophy and experience with music. What you see above is part 1 or a 2 part video.

It's incredible perspective about how music has transformed from the "Good Times" funk of Nile Rodgers and Chic in the '70s that was adopted by The Sugar Hill Gang in the song "Rappers Delight" and then Queen's "Another One Bites The Dust." He also talks about the influence of Afrika Bambaataa's electronic sci-fi early hip-hop of that same era, going into the '80s.

Cultural evolution and creativity is certainly at the front of Pharrell's mind, as he discusses his i am OTHER brand and some of the other artists he admires. He calls himself "a little left of center" a couple times, and talks about how eccentric characteristics go hand-in-hand with skill sets that allow artists to do great things.

For aspiring recording artists and producers out there, Pharrell provides some insight about his approach in the studio and how he manages three main things: artists' personal desires, their voice / what they sound like, and the energy / vibe of the moment. Wise words from a man who was involved with two of the biggest hit songs of 2013, "Blurred Lines" with Robin Thicke and T.I. and "Get Lucky" with Daft Punk and Nile Rodgers.

Things get pretty deep when Pharrell talks about how things change, and the affects of the decisions of human beings. This feeds into his discussion of "Kendrick Lamar and Lorde, two of my favorite artists of the moment" and "a shining example of where we're headed."

http://www.hardknock.tv Nick Huff Barili of Hard Knock TV, in collaboration with GRAMMY.com, sits down with Producer of the Year Pharrell for in-depth interview. In part 1, Pharrell recalls how Sugarhill Gang, Afrika Bambaataa's Planet Rock and Nile Rodgers all played into his early music memories. Pharrell explains how he's always felt a "little left of center". He adds that "I think music helped me and other people make sense of it. You are only crazy when there is nothing to go along with it...When you have these eccentric characteristics, its more accepted and understood when there is some sort of skill-set attached to it...For example Jay Z mumbles when he writes his songs, he mumbles for 10-15 minutes, then he comes back with like 16 bars of one of the most comprehensive verses you have heard in a long time. He does it every time. But again, there is some sort of skill-set to accompany his madness...Music was my inner sanctum, that's where I found my peace." As the interview continues Nick ask's Pharrell about his creative process when he goes in the studio with an artist and what his thought process was going into the making of Blurred Lines. "I didn't go into it with anything. I actually went into it with no expectation," he said. "And if anything I just went looking for fun. And looking for something that felt festive. And felt like it would lift people. So, I just went looking for that. You can't get into a scenario looking for something that's big or it's going to sound that way. I'm just happy that the universe rewarded us...And again you can't take authorship for the success of anything. You really can't. The success is determined by the people." Pharrell proceeds to tell us how Lorde, Kendrick Lamar and Ed Sheeran are changing the game by making meaningful music and letting the people speak for them instead of record labels executives. "The people make the decisions here," Pharrell said. "In fact, everything that goes on on this planet is made by the decision of the human being. Thank God like a lot of new musicians are realizing, you know, that's when you can sort of effectuate change. That's why we're seeing so much great music come out. Cause these kids are like 'You know what? I'm not waiting on a record label. I'm not waiting on a radio station. I'm gonna put my music up and out to the world. And if it's meaningful to people then it will catch fire.' And in a lot of cases we've seen it. You've seen it everywhere from the likes of the Kendrick Lamars to Lorde. Two of my favorite artists at the moment. They just didn't care. Put a song up on Soundcloud, shot a video. It's like 'Okay, I may sign with you guys or not.' And I love that. Because she's 16-years-old. So, she to me is like a shining example of where we're headed."

Make sure to subscribe to www.youtube.com/hardknocktv for our latest videos, including part 2 with Pharrell next week. You can also follow us at www.facebook.com/hardknocktv and @Hardknocktv @NickHuff on twitter.

Also, make sure to visit http://www.GRAMMY.com for more interviews with your favorite artists. Lastly, thank you to the legendary Conway Recording Studio for letting us use the facilities to film this interview http://www.conwayrecording.com/ 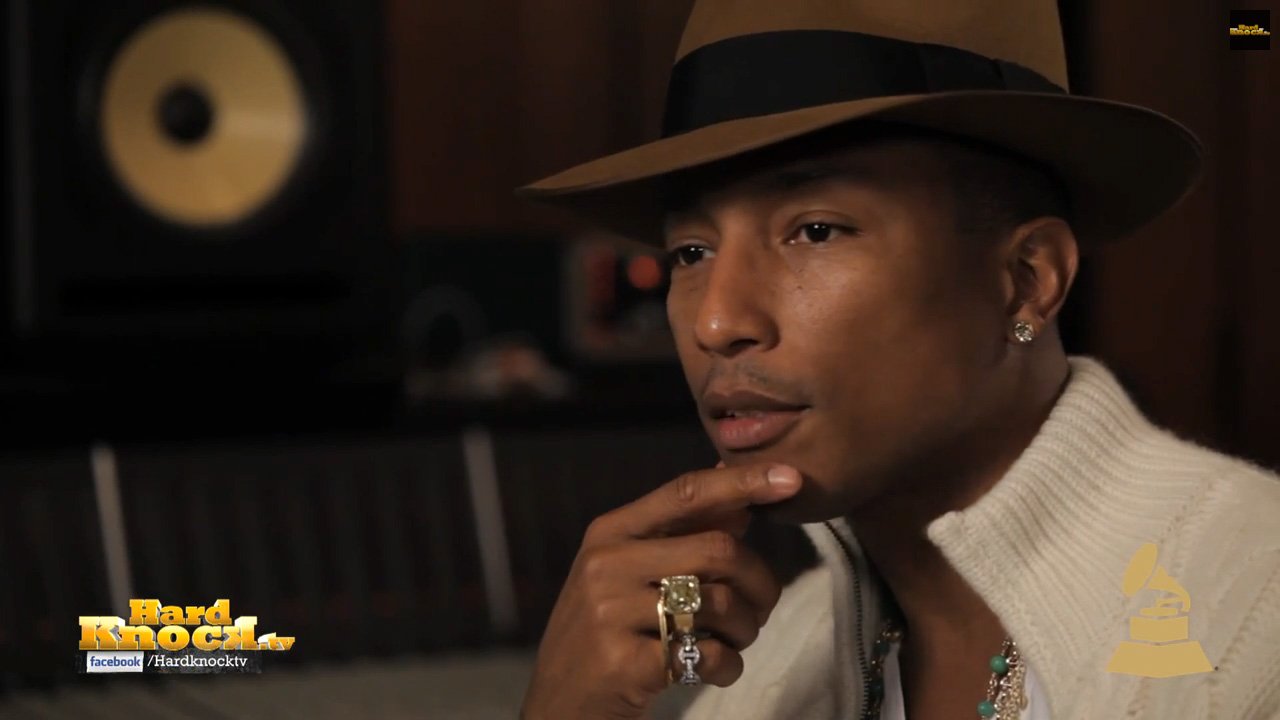 "Supplies"
Justin Timberlake (YouTube)
Music Pop R&B-Soul Justin Timberlake Pharrell Neptunes
2
1095
Back to top
You must be logged in to upvote things.
Registration and login will only work if you allow cookies. Please check your settings and try again.