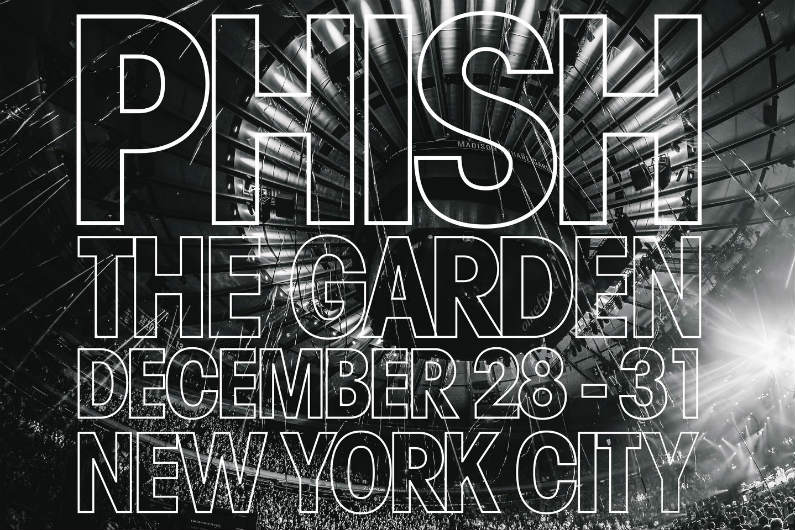 Jamband heavyweights Phish return to the Big Apple to close out 2019. The four-night New Year's run is scheduled once again at New York City's Madison Square Garden, from December 28 to 31 — which happens to be Saturday through the early hours of Wednesday this year.

The concerts mark the 25th anniversary of the band's first performance at The Garden, on December 30, 1994, which was in conjunction with a NYE run that culminated at the now-defunct Boston Garden. Thus far, Phish have played 65 shows at MSG, which trails only Billy Joel and Elton John.

Phish All Tour Dates and Tickets

When do Phish 2019 NYE tickets go on sale and what is the presale code?

Tickets for their previously announced shows are now on sale. For the new dates, the general public on-sale begins as early as October 4 at 12 pm ET. A ticket request period is currently open on the band's website and will end on September 30 at 10 am ET. The band is also offering travel packages, which go on sale September 26. Keep in mind, each date is different and details are subject to change. Click through the individual concert links for more information about the show you're interested in.

We recommend following Phish on social media and signing up for their free email newsletter (top of the page), in addition to checking your local venue’s social media and email subscription service, to get the most up-to-date information.

Before closing out the year, Phish heads out on a fall tour with stops in Rhode Island, New York, Pennsylvania, and South Carolina. Additionally, Trey Anastasio and Mike Gordon have solo tours planned and Page McConnell's band Vida Blue just finished up their first tour in years and released an album last week called Crossing Lines.