At age 26, David Bowie released Pin Ups, a record composed entirely of covers, and the BBC has just released a never-heard radio promo recorded for the album.

Nigel Reeve, who oversees David Bowie's archives, discovered the tape of the unreleased broadcast. "It was in an old tape vault on 1/4" tape with simply the words 'Radio Show' written on it," he told the BBC. "This is such a rare find. No one knew of its existence, apart from David and Ken. To play it for the first time was quite simply a jaw-dropping moment."

Recorded in 1973, the 13-minute segment features 5 tracks from the album: The Pretty Things' "Rosalyn," Them's "Here Comes the Night," The Yardbirds' "I Wish You Would," The Merseys' "Sorrow" and The Who's "I Can't Explain," all introduced briefly by Bowie himself. Listen to the full album below: 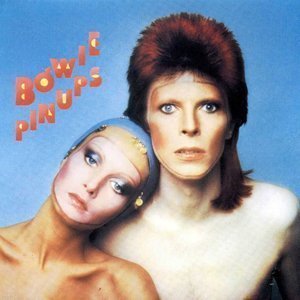 Take a listen to the audio above and hear his newest record, The Next Day, here at Zumic.