Emerging from an archway of flowers on stage at Webster Hall on Tuesday night, Pink Sweat$ was bathed in his signature pink color from the spotlights overhead. Dressed in a black t-shirt with his face on it, sunglasses, and a baseball cap, his relaxed persona filled the space as he began the concert with "Call Me."

As one of the most talked-about up-and-coming R&B artists of the past year, the Philadelphia singer, otherwise known as David Bowden, is setting himself apart as not only supremely talented but also refreshingly unique. His debut single, "Honesty," has garnered over 60 million streams on Spotify since it was released in July of 2018. With an unapologetic vulnerability, his ballads eloquently capture the intoxicating aspects of life and young love.

Since releasing "Honesty," Pink Sweat$ has released two EPs. Bucking the trends of modern beat-driven R&B music, his Volume 1 EP contains loose arrangements that showcase his voice with only a single guitar, and Volume 2 expands on that sound with drums and handclaps.

The opening act, Massachusetts native Raiche, energized the crowd with her hopeful exuberance and upbeat R&B tracks. Pink Sweat$ followed, bringing rare intimacy and crowd-involvement that showed his versatility as a performer. Now on his first major tour, his talent is unmistakable. With only a drummer and a guitar player behind him, Pink Sweat$ belts his songs with a rawness that evinces their sincerity.

On the upbeat tracks, Pink bounces between dancing across the stage and playing the beat on a drum pad. Twice during the show, he called members of the audience to the stage to spontaneously become part of his set. During one of these instances, he asked three volunteers to choose a topic for him to sing about. No matter the theme, he was able to create lyrics and a melody instantaneously out of thin air. This improvisation during the set shows his musical dexterity and fearless drive to be creative.

Pink Sweat$ could have followed a traditional setlist like most artists. However, Pink Sweat$ isn't like most artists. His songs are unique and speak from the heart. His stage presence is electrifying. His identification with the color pink conveys confidence and an embrace of the feminine. Pink Sweat$ is a guy who is not afraid to wear pink, to show a softer side, and to challenge what defines a successful male R&B singer. Every facet of his musical persona breaks molds, and this concert was no exception.

The 'Pink Beginnings' tour reflects not just the impressive start of Pink Sweat$' career, but also the inception of a new direction in R&B music. 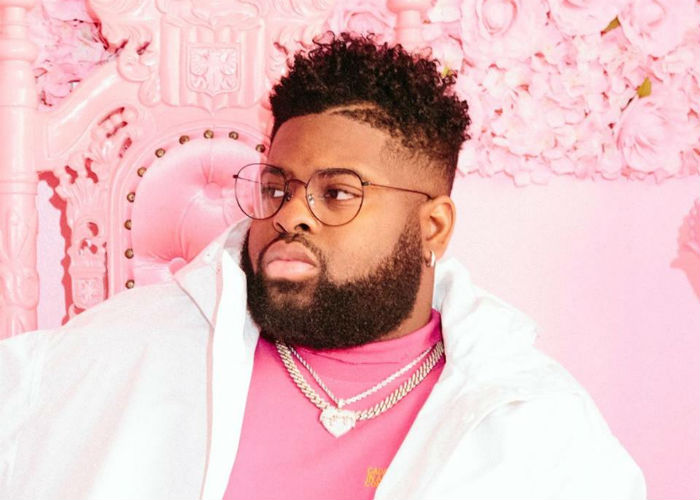