Josh Tillman, more popularly known as Father John Misty, has teamed up with stop-motion animator Chris Hopewell to release a fantastically morbid claymation music video for his new single, "Please Don't Die."  Check it out above on YouTube.

Tillman and Hopewell have worked together before, on an equally morbid music video for Josh's 2017 song "Things That Would Have Been Helpful to Know Before the Revolution."  Hopewell's detailed animations continue to impress in this new video, which begins in Tillman's dark, messy apartment, where empty beer bottles, cigarettes, and various pieces of fruit are strewn across the floor (and in the toilet!).  Tillman sits in his chair as the fan blows and the answering machine blinks, behind depressing lyrics about pushing away the person you love: "You're all that I have, so please don't die / Wherever you are tonight."

The song's slow folk-rock feel builds as the floor in Tillman's apartment opens up, and he falls into the pits of a dark, red forest that, upon being greeted by the Grim Reaper, one can assume to be Hell.  The Grim Reaper takes him on a boat ride, past skeletons standing on the shore, watching and playing guitar.  The creatures of Hell, for what it's worth, are pretty musically talented –– the Grim Reaper, himself, starts playing the harmonica as the skeletons dance.

As Tillman approaches the shore, he is confronted with his own grave, and as he stares down into the space his coffin should be in, a group of skeletons emerge and try to drag him down.  While he is too weak to fight them off, he ends up being saved by an angelic woman who descends from the sky to fight the skeletons, picking him up and flying him out of Hell with a band of astronaut-angels –– in the end, his love saves him from death, after all.

"Please Don't Die" is part of Father John Misty's upcoming album, God's Favorite Customer, which is due out June 1.  Pick it up on Amazon.

The singer-songwriter is currently on a world tour, performing across North America and Europe.  For concert tickets and more, check out Father John Misty's Zumic artist page. 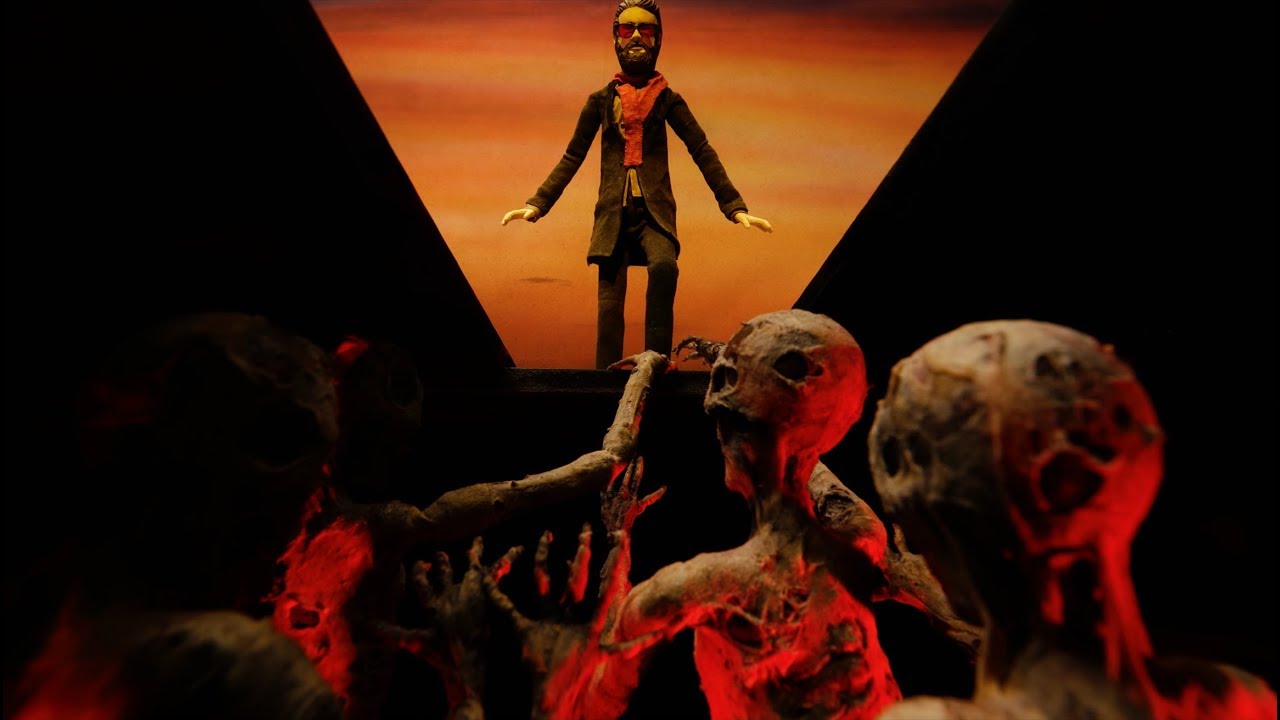 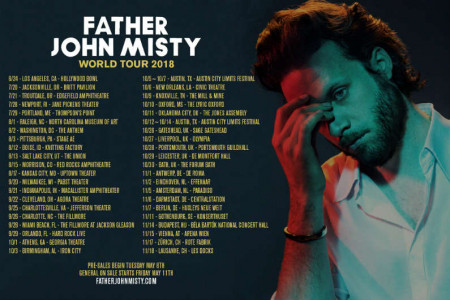