Bill Shatner's career has been a strange one, so the music video for "Ponder The Mystery" shouldn't surprise us. That said, it is among the more peculiar things he's produced during his 60+ year career.

Joined by Billy Sherwood of Yes, William Shatner walks around and thinks about the world. Words pop up on the screen from time to time and Sherwood sings the contemplative chorus. Sometimes Shatner is in a forest, sometimes he's in a desert, sometimes he's sitting on a bench, but it never stops being exceedingly weird. Specifically, weird in a way vaguely reminiscent of ICP's "Miracles," except watchable.

Of course, this is William Shatner we're talking about and everything he touches turns to awesome, even if it's by accident. Check it out above and read a recent interview in which he discusses the album details.

Ponder The Mystery came out October 8th and you can buy it via Amazon. 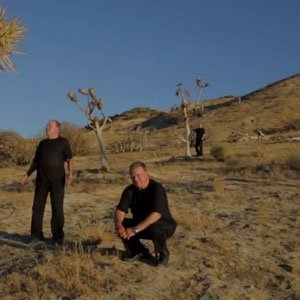