The video is a neon dream, with rainbow paint drips, high-flying eagles, and vibrant fireworks. The band plays in front of these green-screened images in multicolored masks. During some of the more vibrant sections they literally disappear into the background by way of green screen. The weirdness and camp compliments the song and gives the whole ensemble a nostalgic 60s vibe.

Corsicana Lemonade, set to release on October 29th, is the band's fifth studio album and the fourth released through Downtown Records. The band is also touring in October, check their official website for tour dates.

Pre order the album on vinyl from the band's store, or digitally on iTunes. 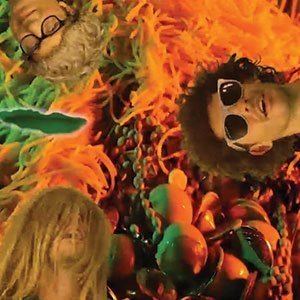