Watch out Prince, cuz we got a funky Q.U.E.E.N. track up in here. Janelle Monáe asks the question "Am I a freak for dancing well?" and Erykah Badu drops a killer rap verse toward the end of the song. Neo-soul sensational meets some New Jack Swing in this song that is just begging for an awesome music video. This is the first single from Janelle Monáe's album, The Electric Lady, which is due for a release at some point in 2013. Her last album was 2010's The ArchAndroid (Suites II and III).

Bernie Grundman mastering reference? That is some high level shit. Check out these tweets from Janelle:

Q.U.E.E.N. was inspired by private discussions between Erykah and me. It is meant to make you JAM. DANCE. FUNK OUT. and dialogue later...

"Every album is a Suite. Every song is an Experience. The next suite is called The Electric Lady. The first experience is called Q.U.E.E.N."

"And while you selling dope we gone keep selling hope! We rising up now you gotta deal you gotta cope!"-Q.U.E.E.N. 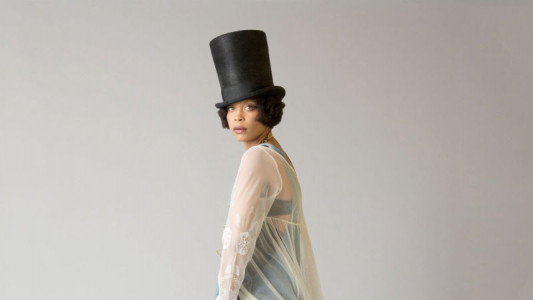 "Dirty Computer"
Janelle Monáe (YouTube)
Music Funk Hip Hop Pop Brian Wilson Grimes Janelle Monáe Pharrell Zoë Kravitz
4
1212
Back to top
You must be logged in to upvote things.
Registration and login will only work if you allow cookies. Please check your settings and try again.