Like every song on their new album Sunset Blvd., "Quicksand" was constructed around an unreleased J Dilla instrumental, this one composed of a laid-back beat and a flamenco guitar riff. The late producer's shadow looms over "Quicksand," as Illa kicks off his verse with the line "I heard the haters say I'd never be more than J Dilla’s little brother."

You can stream Sunset Blvd. on DJ Booth. 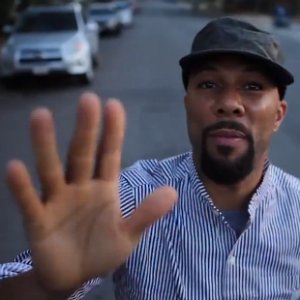 [Hook: Dezi Paige]
I always knew I’d touch the sky
With heart full of fire and third eye
Steady my vision, my climb
I, I knew with all my mind

The dream manifesto to get it and don’t let go
Praises to the most high, eyes are kind of set low,
A man of many faces, I’ll rock the crooked smile
Since they took off my braces, back on Stony Isle
We was on our owner aces, mild sauce
Hot dippers, cold cases, huh
I ran to town not knowing it was races,
Standin' on the deck smoking aces,
Graces in wonderland, I see the face of this other man
A fatherless child and made it to the motherland
I think our body’s rap really took me,
A veteran in the game I’ll stay fresh like a rookie
When I was underground they used to overlook me,
Now flicks and book tours, make it hard for them to book me
The presidents arrive, the essence of the star
Jewelry in the car, suggesting who we are
Blessings to Jah, they come through us all
I’m Caesar y’all I never knew when to fall in the quicksand

The picture’s been clear, since this man been the shawty
Consolidate the dollars, go dumb E-40,
You’re pimping in your poetry, no sleeping with your jewelry off
And when you get your chance, slam dunk it Ronny Turiaf
And I did that me and my guys reppin the city
Ad I hustle with no pity they christen me Frank Nitty
And I took that and I ran with it,
Made a few stacks and some bands with it,
But then I brought it home, a student must have teachers on
And I could never dream it could go from the Yanceys’ basement
To me standding up on stages, in front of some foreign faces,
Get love in those foreign places like we from there and oh yeah
They like where the dollars at, I’m like I’ma call you back
And please let me clarify, playa I’ll be damned if I
Ever let the picture fade and black before I say goodbye,
Spot you like you Spotify, Nitty make the song cry
I’ma let Illa sing this lullaby, quicksand.

I heard the haters say I'd never be more than J Dilla’s little brother
I’ll never be more than an insignificant other
I’ll never be more than the video stand-in
But here I am still standing
When you haters try to leave me in the quicksand
Left me outside the club with no wristband
Now I’m pissed off like I’m repping the Pistons
Til I came all the way from fuckin Michigan
That’s when the shit hit the fan, then I moved back
Had to do my stellar, still I had to get my groove back
Then I came up with a plan, to put my shoes back on the ran hella hella fast until I prove that
I can do it while I’m swimming in a pool of sweat
Blood and tears, my career I had to keep pursuing that
And I could do that with my eyes closed ‘cause I know I’m fine, always knew I