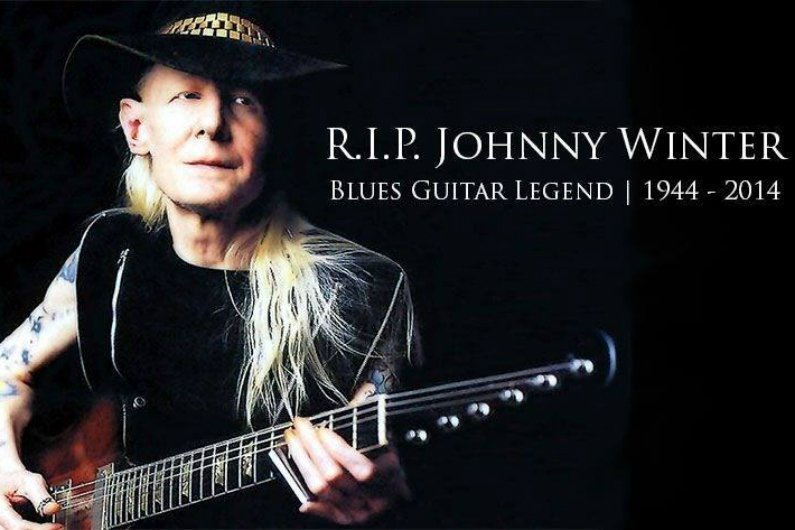 On June 16th, the music world lost the legendary blues guitarist John Dawson Winter III, more famously known as Johnny Winter. He passed in a Zurich, Switzerland hotel room while on tour celebrating his 70th birthday. The cause of death is not yet known, but authorities have ordered an autopsy, said Zurich police spokeswoman Cornelia Schuoler.

Winter's career began when he was fifteen years old. His band, Johnny and the Jammers released a song titled, "School Day Blues." During this time, watching performances by blues artists such as Muddy Waters and B.B. King would influence his guitar playing. At 24 years old, he released his first album, The Progressive Blues Experiment.

In December 1968, Mike Bloomfield invited him to sing and play a song during a Bloomfield and Al Kooper concert at the Fillmore East in New York. Representatives of Columbia Records were at the concert. Winter performed such an amazing version of B.B. King's "It's My Own Fault" that shortly thereafter, he signed a deal that was reportedly the largest advance in the history of the recording industry — $600,000.

In the 1970's, Winters produced three Grammy-winning albums for his hero, blues great Muddy Waters. One of those albums, Hard Again, peaked at #143 on the Billboard 200 chart.

Winter was a member of the Blues Foundation Hall of Fame for a quarter-century. Guitar World editor-in-chief Brad Tolinski wrote in the liner notes for True to the Blues:

No one has ever played slide guitar with the pure, lusty abandon of Winter. His bottleneck sound is so loose and free you can't even compare it to a roller-coaster ride, because tracks and rails restrain roller coasters.

In an interview for the Lincoln Journal Star last month, Winter was asked what he’d like his legacy to be:

I just hope I’m remembered as a good blues musician

A very humble answer from a guitarist that will go down in history along the ranks of Blind Lemon Jefferson, Lead Belly, T-Bone Walker, Lightnin' Hopkins, Big Mama Thornton, Freddie King, Albert Collins, and Stevie Ray Vaughan as one of the great Texas blues musicians.

Johnny Winter had been working on a new album with Eric Clapton, Billy Gibbons, Dr. John, Ben Harper, and Aerosmith's Joe Perry titled Step Back. It's due out September 2nd, and you can pre-order it now through Amazon. For further Johnny Winters music and news information, check out the official website. Below are live clips from a few of his memorable performances.

Zumic sends our best wishes to Johnny Winter’s family and friends, as well as the extended Winters family.