Eminem has released "Rap God" his latest single from his upcoming album, The Marshall Mathers LP 2, and it's a doozy:

Clocking in at over 6 minutes, there's a lot going on. It's got the dirty humor you'd expect from Eminem, with references to sex, violence, drugs, and lots of inner conflict. You'd have to think that the God reference is conscious of the recent Kanye West song "I Am A God" which raised a lot of controversy earlier this year.

As with so much music, it requires multiple listens before it can begin to be fully understood. Listen through and let us know what you think in the comments.

Check out music videos for the 2 previous singles from Eminem's upcoming album: 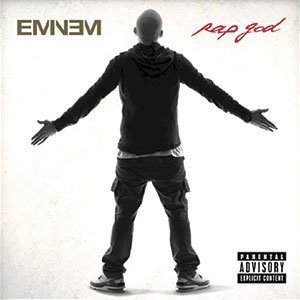 "Walk On Water"
Eminem ft Beyoncé (YouTube)
Music Hip Hop Beyoncé Eminem Detroit, MI
4
1723
Back to top
You must be logged in to upvote things.
Registration and login will only work if you allow cookies. Please check your settings and try again.