The Ready Set, an indie pop band from Indiana, headlined an intimate show at The Space in Hamden, Connecticut last Thursday night, a venue the band had not played for seven years.

On their current Waking Up Tour, Emblem3 have been the opening band for most dates. This concert featured a different lineup revving up the crowd for The Ready Set: Four Door Theatre from Nashville, Five Stories Falling from Connecticut, and Crash The Party from New York City. When The Ready Set Frontman Jordan Witzigreuter finally hit the stage with his infamous fox mask, the crowd went crazy, jumping and singing along to the upbeat tune “Higher.”

Throughout the night, each of his songs perfectly transitioned into the next as Witzigreuter sang a mixture of both new and old jams. He sang classic radio hits like “Young Forever” and “Love Like Woe.” Also, off of his previous album, The Bad and The Better, he performed “Carry Me Home,” “Castaway,” and “Are We Happy Now.”

The room erupted with applause after each song, feeding off of Witzigreuter's positive energy. He definitely has a star quality, and it was easy to sense his ability to connect with the crowd as he danced around the stage.  TRS's newest album, I Will Be Nothing Without Your Love, was just released on April 8. The audience already seemed to know the songs by heart as they jammed along with him to the single “I Will Be Nothing Without Your Love.”

To end the night, Witzigreuter explained that he doesn’t like encores, and proceeded to sing two more songs instead of walking off the stage and coming back on. With a final burst of energy, he enthusiastically performed “Being Afraid” and “Give Me Your Hand (Best Song Ever).”

After the concert, I spoke with Witzigreuter and he told me that it was great to come back to Hamden and play such a small venue. He shared that he’s played shows to 200 people that were more energetic than shows he’s played to 10,000 people, so it all comes down to the energy and the crowd. Playing these smaller headlining dates, he can really see fans singing along and reacting to his new songs in a “face to face way.”

“It seems like people like the album and have reacted well to the honesty behind it; I feel like it’s a little more honest and real than I’ve been able to be in the past,” Witzigreuter said. “So I think that affects people in a way, and I’ve wanted to do that for a while.”

While on tour, Witzigreuter is already working on his next “new thing” and trying to stay busy all the time. He said that he is working on probably two or three more tours for the rest of the year, and until then, he’s just “enjoying the ride.” On most dates of the current tour, The Ready Set are performing with reggae pop band Emblem3. Witzigreuter hopes the shows will help raise awareness of his music, since the two bands don’t necessarily share the same fan base.

I Will Be Nothing Without Your Love is available on Amazon.

For The Ready Set's latest music, news, and tour dates, check out their Zumic artist page. 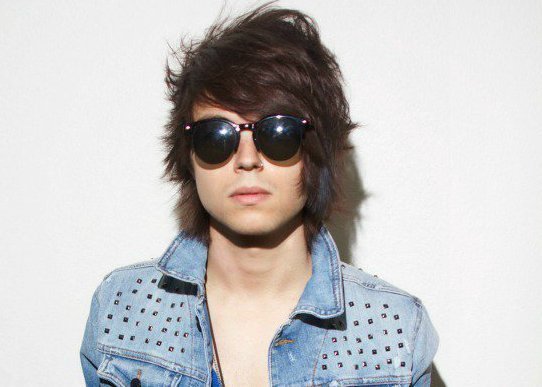 The Ready Set
Powered By