Iggy Pop & The Stooges with Ready To Die album was one of many great albums of 2013. It's the first time in over 40 years that Iggy Pop and The Stooges' James Williamson have been on an album together, and Williamson's guitar work is sublime throughout the record.

The opening guitar chord to "Burn" sets the tone with raw, overdriven guitar that's rude and in your face - but harmonic and locks quickly into a groove with the drums and bass.

"Sex and Money" features some interesting production, with handclaps, baritone saxophone, and female backing vocals. It's an uptempo rocker that's as slick and sleazy as the title implies. The Stooges treatment is fittingly dirty and hard driving.

One of the highlights, for sure, is the ragged "Job" where Iggy boasts in the chorus:

Getting political, Iggy takes on a very hot button topic with "Gun". The song is a pure uptempo rocker that could get radio play because the music is just that good. Dark, tongue-in-cheek humor executed perfectly as Iggy sings, "Hold me, squeeze me, friend me, 'cuz I'm empty" and the letters "U.S.A." are repeated as if this was a Beach Boys song.

The album-title track, "Ready To Die" is an angry tune with a lean drum beat. The guitar is incredibly efficient, capturing a lot of good moments in just 3 minutes, 6 seconds.

"DD's" starts with a drum & bass groove reminiscent of Otis Redding's "Can't Turn You Loose" complete with horn section, before the guitar starts pounding a familiar 2-chord punk motif. Then the first verse comes back to the original groove and Iggy Pop starts singing about "those double-Ds".

Getting back into a Raw Power kind of thing, "Dirty Deal" is bouncey and uptempo. This is the kind of song that's been played a million times in punk clubs over the past 35 years; Iggy Pop just does it a lot better than most of the other guys out there. Again, the horns and bass line are a nod to old school soul music. The guitar plays off a classic Chuck Berry / Jimmy Page kind of rock and roll.

"Beat That Guy" sees things slow down again, with what sounds like a 12-string acoustic guitar. Iggy Pop croons, again digging into the low end of his vocal range. The middle of the song features angelic siren-like female vocals that sound truly beautiful. The guitar work on this track is warm and wailing, verging on a Southern Rock or Guns 'n Roses kind of feeling.

On the last song, "Departed", we hear more acoustic slide guitar with a haunting intro that opens into Iggy singing a ballad over a military-like snare and intricate soft playing from the bass and guitars. Lyrically, we hear heartbreak and sadness for the pangs and pains of life and love. 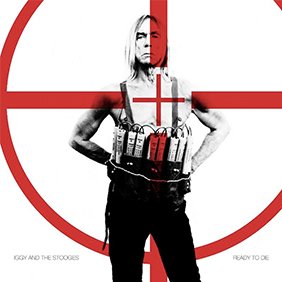 Iggy Pop Saves Helpless Animals in New PETA Ad Featuring Nick Cav...
Music Folk Rock Iggy Pop Nick Cave & The Bad Seeds Official Music Video
1
1041
Back to top
You must be logged in to upvote.
Registration and login will only work if you allow cookies. Please check your settings and try again.