Sharon Jones is back with the Dap-Kings after having successful surgery to remove her bile duct cancer. Their postponed album, Give the People What They Want, is now set for release on January 14, and they will play their first show in months on February 6 at New York City's Beacon Theater. But first, they have released the official video for their new song "Retreat!." The videos shows a cartoon Sharon Jones and her cloud-headed band battling wolves on a strange planet. It's good to have Sharon Jones back, and if "Retreat!" shows us anything, it's that Give the People What They Want is definitely going to give us what we want. 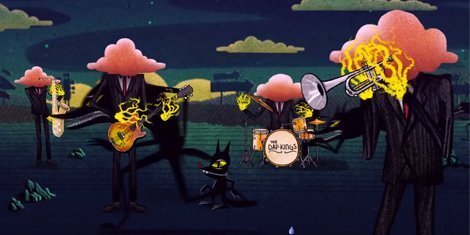