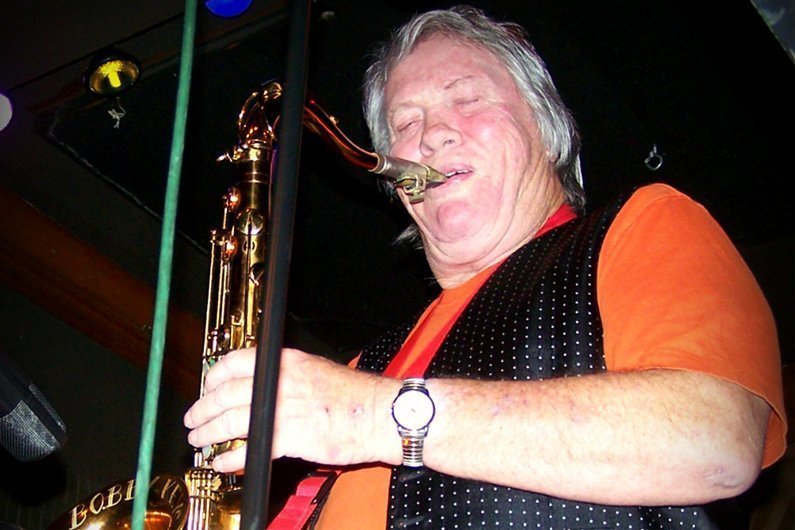 Nashville Scene reports that Bobby Keys, one of the greatest saxophone players of all time, has passed away at the age of 70. He had been suffering from cirrhosis and passed away earlier today at his home in Franklin, Tennessee. The news was confirmed by Michael Webb, keyboardist for Bobby Keys and the Suffering Bastards (a great band name, by the way).

Originally from Texas, Keys is best known as the main saxophone player on tour and in the studio for The Rolling Stones since he appeared on "Live With Me" from the album Let It Bleed, in 1969. He was the man responsible for the sweet horn lines in many classic Stones songs, including "Brown Sugar," "Can't You Hear Me Knocking," and "Sweet Virginia." He also appeared on albums by John Lennon, George Harrison, Eric Clapton, B.B. King, Carly Simon, Joe Cocker, Lynyrd Skynyrd, and many others.

Here's a Spotify playlist of some of our favorite Bobby Keys tracks:

Most notoriously, Keys was caught on camera dropping a TV out of a hotel window with Keith Richards. The footage later surfaced in the bootleg documentary film Cocksucker Blues. Ah, the good ol' days.

Zumic's best wishes go out to the friends and family of Bobby Keys. Rest in peace.