Roger Waters Working on First Rock Album in Over 20 Years, Will Contain "Songs and Theater" 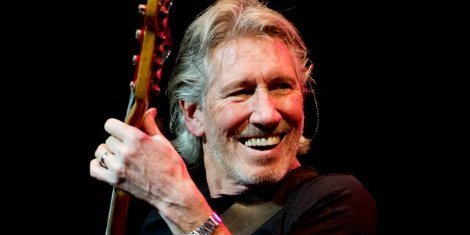 After settling the score with his old bandmates earlier this year, Roger Waters is at last working on a follow-up to 1992's Amused to Death. In an interview with Rolling Stone, the 70 year-old rocker detailed his new record, which will be a concept album:

"It's 55 minutes long. It's songs and theater as well. I don't want to give too much away, but it's couched as a radio play. It has characters who speak to each other, and it's a quest. It's about an old man and a young child trying to figure out why they are killing the children."

The "theater" element of the upcoming album makes sense, as Waters' most recent original music is a three-act opera entitled Ça Ira that was released in 2005.

Since then, Waters has been on the road with his massive Wall tour, quite theatrical in its own right, as a crew of 180 was necessary for set construction, lighting and special effects. Waters admitted to Rolling Stone that he'd been "suffering a little bit of withdrawal after ending the Wall tour," which partially lead to the creation of the upcoming album.

As Waters said he just "finished a demo of last night," it might be a while until we know all of the details, but stay tuned to Zumic for anything and everything Roger Waters-related.

"One Of These Days"
Pink Floyd (YouTube)
Music British Rock Classic Rock Psychedelic Rock David Gilmour Nick Mason’s Saucerful of Secrets Pink Floyd Roger Waters Official Music Video
3
988
Back to top
You must be logged in to upvote things.
Registration and login will only work if you allow cookies. Please check your settings and try again.