Hard rockers The Number Twelve Looks Like You have released a horrifying music video for their new single "Ruin the Smile." The track is the first off of their upcoming album, Wild Gods, which is scheduled to be released on September 20. This is the band's first new music in 10 years.

Beneath riveting riffs and guttural vocals, "Ruin the Smile" delivers an important message about a painfully real issue plaguing society. The Number Twelve Looks Like You use the song and video to address the sexual abuse of children at the hands of the Catholic Church. The video opens with hard-hitting real-world facts about hundreds of members of the church who have been involved in sexual abuse, and follows with a chilling fictional tale of ghoulish children torturing a priest who is being held captive in a long-abandoned school.

Like a great horror movie, the music video works on a visceral level while providing an important social statement. At the climax of the gruesome narrative, the priest removes the blood-soaked rag around his face to reveal that his mouth has been stitched shut. The revenge from the children can be interpreted in a number of ways, from the silencing effect that childhood abuse can have long into adulthood to the inexcusable silence of the church in responding to the thousands of complaints over the course of decades, when speaking out could have prevented the heinous acts of abuse from carrying on for so long.

Lead singer Jesse Korman was also the director of the video. He shared his thoughts, along with suggestions for people who are dealing with these issues themselves, in a statement to Metal Injection:

The new single is heavy. The subject matter is undoubtedly heavier, but it is important to address things that make us uncomfortable. We wanted to create a song and video highlighting an issue we’re passionate about, disgusted and infuriated by. The sexual abuse of children.

It’s horrifying under any circumstances, absolutely, but there’s just something even more sick when it’s done by people who claim to know God. Trusted priests beloved by their followers, washing away sins in the light, while washing away innocence in the dark. There are new cases making headlines every week. Here in our home of New Jersey, Roman Catholic Dioceses recently published lists of nearly 200 priests who’d been accused of sexually abusing minors all across the state. Last year in Pennsylvania there were reports of 300 abusive priests and upwards of 1,000 victims. In March, a top Catholic official in France, Cardinal Philippe Barbarin, was found guilty of failing to report sexual abuse by Father Bernard Preynat, an infamous priest of his diocese. That same month, it was revealed in Poland that church authorities had recorded nearly 400 abusive clergymen, with over 600 victims since 1990. It’s a timeless issue. It’s constant. It’s happening at home. It’s happening abroad. They know the priests commit these crimes, they keep it quiet and move them around to preserve the image and power of the church. How many lives have they ruined?

The crimes aren’t limited to the Catholic Church, of course. Children are affected by these crimes the world over, in all communities. The Hollywood elite and ultra rich are rife with documented and suspected offenses, heavily highlighted in the #metoo era and made sickeningly crystal clear with the freshly indicted, billionaire child trafficker and pedophile Jeffrey Epstein. In April it was revealed The Boy Scouts of America held confidential files that listed over 7,800 suspected pedophiles, and over 12,000 victims. Just read the news. It’s everywhere. It’s become so common we hardly hear about it, we hardly blink. How do you bring attention to something that society has become, like it or not, totally desensitized to? As artists we don’t have the ability to make the changes our politicians and law enforcement do, but these crimes turn my stomach, and we wanted to express something that we’ve all felt at one time or another— a vicious and unforgiving fantasy of revenge.

Unfortunately, revenge is often better left in the realm of fantasy.

Coming from a religious background myself, my intention isn’t to just shock and offend anyone. The Number 12 has never shied away from extreme or intense offensive content, but still, even as a nonbeliever, I know there are good Catholics out there and most are as horrified about all this as I am. There’s good and bad qualities about all faiths, and all communities sadly face forms of child exploitation. I just hope we can all come together to expose these tragedies, and find a way to stop them.

We’d like to thank everyone involved in making the video possible. It fell into place beautifully with a terrific team of friends, old and new, all of us manically running around the decaying floors of a long abandoned school building from 1918, covered in dirt and dust, head to toe. Our requests to permanently move in were politely declined. It’s currently being renovated by a non-profit to serve as a community center. It’s been 10 years since we’ve released new music and we couldn’t be happier to finally share it. To all our loyal fans that have stuck by our side, we can’t thank you enough.

There’s so much more to come.

To report an incident of child abuse, The National Center for Missing & Exploited Children can be reached at 1-800-THE-LOST or visit report.cybertip.org.

SNAP: Survivors Network of Those Abused by Priests can be visited at snapnetwork.org for more information.

The album will continue to tell some of society's most obscure and shocking stories, as described by Korman in a widely circulated press release:

This album is like a galactic freak show advertisement to aliens, telling them to come see this insane place we call Earth. On Earth, there are stories that are so out there, you would think they were made up. But no, this is what happens here on Earth. We have everything from priests who molest children, and churches that cover it up, to men thinking they are superior to women, to people killing wild animals with military grade weapons and calling it a sport. I am sort of like a deranged ringleader to this planet, telling the extraterrestrials to come see and hear all about it, to come see the Wild Gods.

The band also released a lyric video for "Ruin the Smile" this week, and the song is available on all major streaming platforms. Wild Gods is available for purchase on Amazon, with a release date scheduled of September 20, 2019. 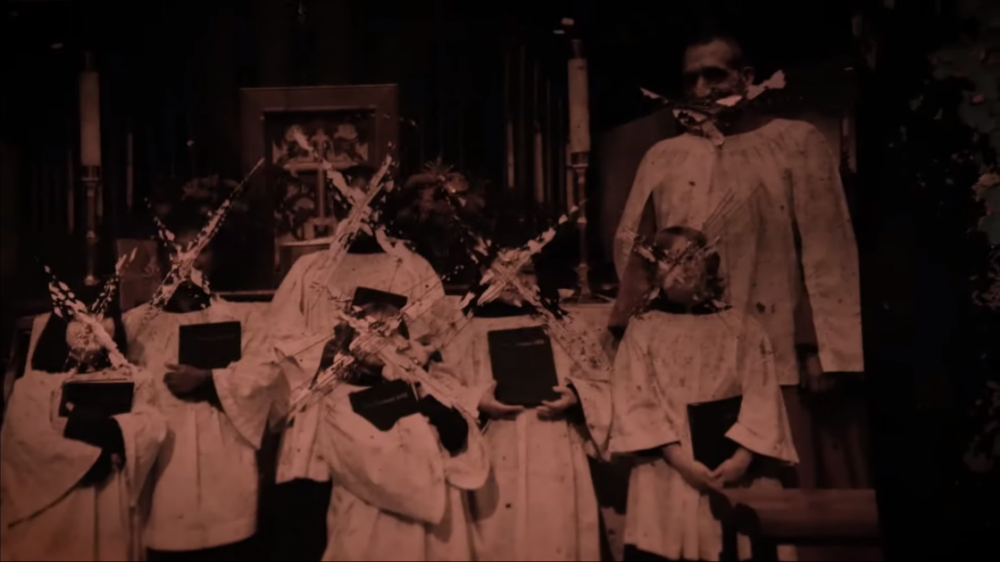 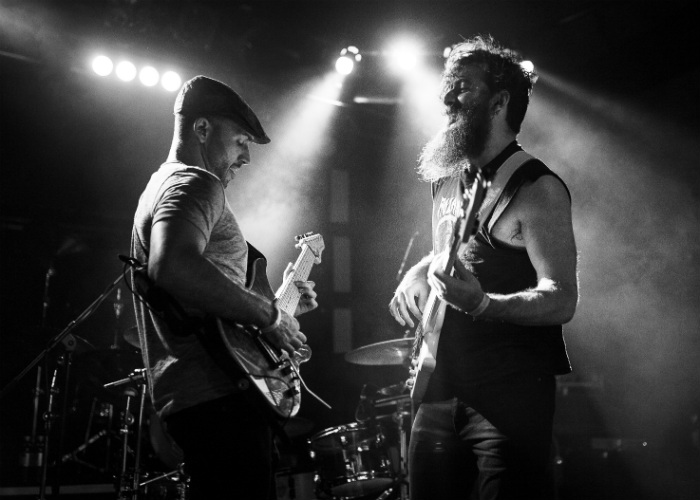