Ever wondered what ever became of the over $65,000 pledged on Kickstarter to commission Run The Jewels' cat-themed album, Meow The Jewels? This video released earlier today by Mass Appeal breaks it down, using a cool pie chart alongside interviews with El-P and Killer Mike telling the story from conception to release.

As El-P notes in the interview, the inspiration for Meow The Jewels came while he was stoned at the kitchen table, trying to create insane deluxe packages to hype the RTJ2 album pre-order. Though priced at a princely sum of $40,000, the goal was reached by a fan who created a Kickstarter, and RTJ fulfilled their obligation in September 2015 with the release of Meow The Jewels.

Of the $65,783 total pledged, $40,000 was donated to the families of Eric Garner and Michael Brown, both casualties of police brutality. The remaining sum was allocated to cover the Kickstarter rewards, Kickstarter and Amazon fees, legal fees, and origination costs.

Meow The Jewels is available as a Vinyl Double-LP and Free MP3 Download on Run The Jewels' official web store. You can also read our review and stream the album for free right here on Zumic.

For more Run The Jewels' music, news, and tour dates, be sure to visit their Zumic artist page. 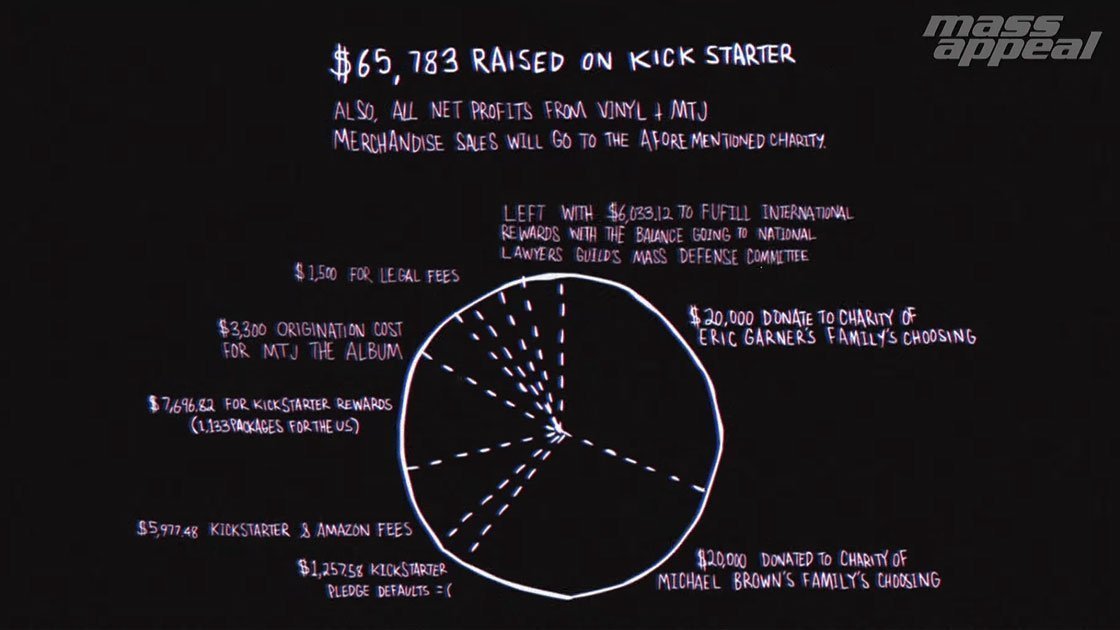