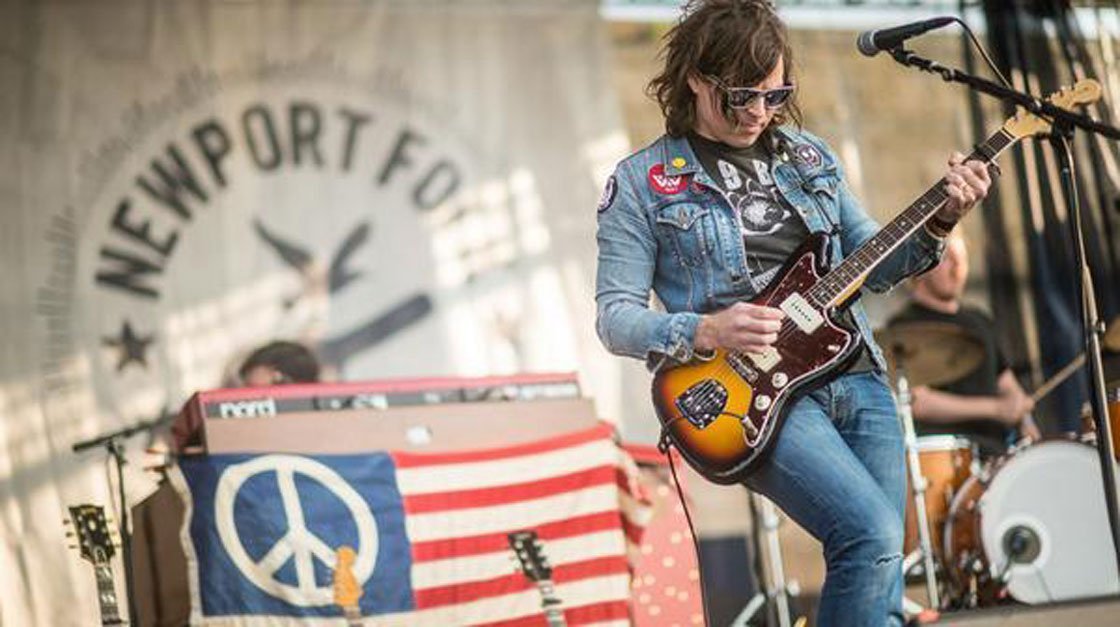 Last night, Ryan Adams closed the first day of the Newport Folk Festival in Newport, Rhode Island. The show featured a few new songs from Adams' upcoming self-titled album, including "Gimme Something Good," "Stay With Me," and "My Wrecking Ball" (not to be confused with Miley Cyrus' overplayed hit). The quirky singer-songwriter's performance also included a cover of Danzig's "Mother" as well as a fantastic Michael McDonald impression where he rambled about what the singer would be doing on his yacht in the marina.

Throughout the performance, Adams' commented on the backdrop for the Newport Folk Festival, at one point thanking 'Mr. Feelings' for getting him there. This man is a great performer and a guy who knows how to keep his audience entertained, constantly cracking jokes between songs, most of which were directed at himself. Even when his performance is reduced to just an audio track, Adams' moving music and wacky jokes make the hour and a half fly by.

On September 9th, Adams will be releasing his fourteenth studio album through his own label, PAX-AM Records. You can preorder the album on iTunes, Amazon, and his official website.