Ryan Adams is without question one of the most prolific musicians of the past 15 years, and this self-titled album is without question one of the better albums he's ever made. This latest LP is his 14th solo album, averaging 1 per year since 2000 -- and that doesn't include EPs, side projects, and unreleased material (for which Adams is becoming famous). Listen above, via Spotify.

First of all, the album sounds like a million bucks. The guitars, vocals, keyboards, and drums all hit the ears with warmth and sparkle in ways that are comforting and extraordinary. The performances are fantastic, and the recording / mixing are sensational. The album was recorded at Adams' Los Angeles studio, PAX AM, where Adams also produced Jenny Lewis' 2014 album, The Voyager.

Virtually every song on the album is a highlight, which is really saying something. Clocking in at just under 43 minutes, this is a true LP that fits cleanly on a 12" vinyl record with two sides that tell slightly different stories.

The opener, "Gimme Something Good," is a call back to '80s Monster Ballad pop rock, with its sensitive anthemic chorus and muscular guitar parts. However, it doesn't sound like a dated song from the '80s, because it's so clean and fresh here.

"Kim" is a nice slow down track before "Trouble" kicks things into high gear with a strong groove and melodic guitar lines that fully encompass the listener. The vocals bring to mind Bruce Springsteen's ability to tell a depressing story in a way that somehow offers a glimpse of hope and redemption. "Am I Safe" is another change of pace, as Adams continues a pattern of alternating between harder and softer songs. The pattern is broken by the softest and possibly most beautiful song on the album, "Wrecking Ball," which is sure to elicit some tears from admiring audience members in concert. "Stay With Me" is another '80s era rock ballad, akin to one of the great album tracks from Tom Petty and the Heartbreakers.

"Shadows" kicks off the second side of the album with a slow jam that starts to open the door for more psychedelic production and experimentation than anything on the first side. "Feels Like Fire" might be the most upbeat song on the album, capturing a story arc through the album of triumph. "I Just Might" is another slow track that combines straight-ahead rock and Americana with impeccable guitar tone and top notch songwriting. "Tired of Giving Up" is a mellow tune with intricate changes that sets the stage for the album closer, "Let Go," which serves as an excellent finale as things open up to reveal a sonic display of fireworks including backwards guitar parts and superb vocal melodies.

Adams' self-titled album is a reflection of his own life, and the struggles he's gone through in recent years. He has talked openly about how drug addiction and problems with his ears almost ruined his life and career. He's gone from the life of a junkie (doing heroin, cocaine, alcohol, and pills) to the relatively mild-mannered habits of smoking medicinal marijuana and drinking tea. He talked with Rolling Stone about the process of making the album:

I was like, 'I'll go in with a couple bros at seven o'clock and just jam.' We would, like, smoke a bowl and drink some tea – and the words came free-flowing out of me... It gives me chills just talking about it.

The bros Adams is talking about are an all-star band: First of all, you've got bassist Tal Wilkenfeld, best known for her jaw dropping fusion funky-jazz-rock chops in Jeff Beck's band since 2007. On this album, the 27 year old shows great restraint and puts another feather in her cap of sensational performances. Rolling Stone says that Adams played with her and "a drummer he found working in a music store" although we're not sure who that is.

On Tal Wilkenfeld's Facebook page, she said, "Working with Ryan alongside Benmont Tench & Jeremy Stacey was one of the most enjoyable recording experiences I've ever had." Benmont Tench is a founding member of Tom Petty and the Heartbreakers, as an ace keyboardist. Jeremy Stacey played drums on Ryan Adams' last full-length album, 2011's Ashes & Fire, and has been in a number of bands over the years including The Lemon Trees and more recently Noel Gallagher's High Flying Birds. Mike Viola is also given credit as a producer. 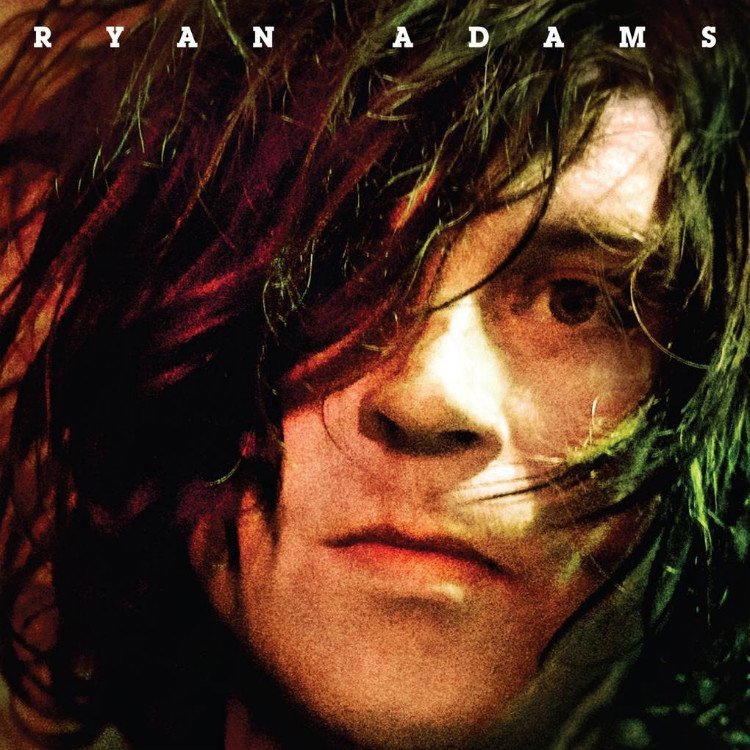 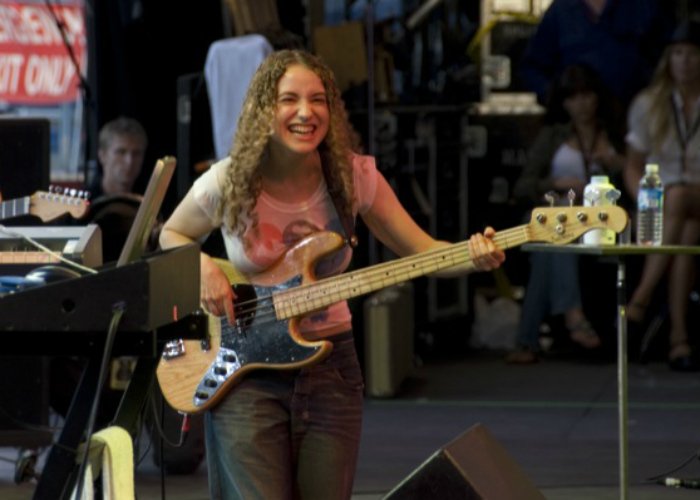