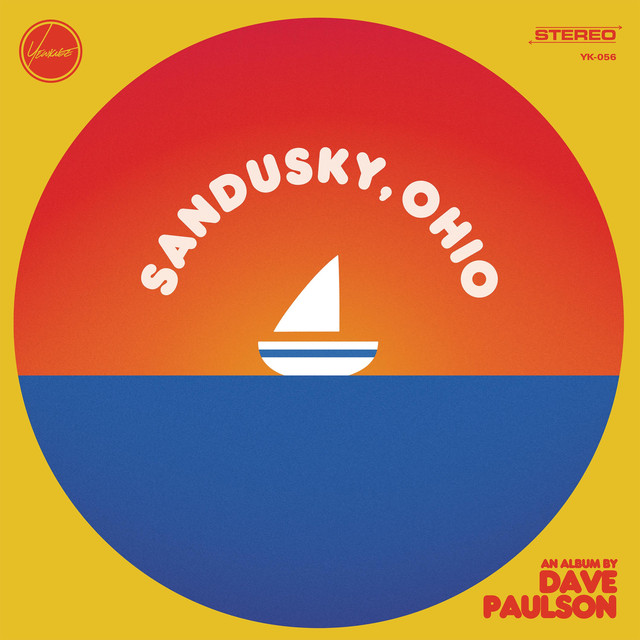 Last month, music journalist and musician Dave Paulson unveiled his first album, Sandusky, Ohio,  a musical retelling of the cult-classic '90s comedy Tommy Boy.  The songs follow the story of Thomas "Tommy" Callahan III (played in the film by the late comedian Chris Farley) and his quest to save his father's nearly bankrupt automobile parts factory.  Despite the unconventional source material, this is more than just a novelty record.

Below you can watch a preview video with footage from the movie with clips of the songs "Sandusky," "My Old Man," and "Don't Let It Get You Down."

Sandusky, Ohio offers nine tracks that describe important scenes and characters throughout the movie. "Sandusky" opens with impressive vocals from Paulson that celebrate Tommy's return to his hometown after finally graduating from college.  "Golden Child" provides a look at the uptight and snooty Richard Hayden (played by David Spade), as Paulson's aggravated lyrics reveal the character's envy for Tommy's easygoing lifestyle, "I've seen you slacking off since second grade / Cause your daddy paid your way."  The melancholic "My Old Man" depicts Tommy's inner turmoil after the untimely death of his gregarious and successful father, featuring atmospheric piano supported by a beautiful string section.

Sonically, Sandusky, Ohio offers piano-driven pop-rock and lyricism resembling the style of Ben Folds.  Songs like "Don't Let It Get You Down" and "Here it Comes" demonstrate these elements with an instrumental backdrop reminiscent of the productions of the Beatles, Brian Wilson, and Phil Spector.  "Sunrise," one of the more somber tracks on the record,  sports shades of Radiohead with heavy distortion and pained vocals from Paulson.

A reporter for The Tennessean since 2007, Paulson also heads My So-Called Band, a 1990s cover act playing a range of songs from artists including Blink-182, Third Eye Blind, Alice in Chains, Everclear, Vanilla Ice, Nirvana, and Alanis Morisette.   In an interview with MEL Magazine, Paulson revealed the inspiration behind the record:

My music has always been autobiographical. But I also was never super comfortable at baring my soul in a very plain way that a listener could really access what I was talking about. It was always pretty cryptic, lots of imagery, impressionist. I’ve heard a lot over the years: “Yeah, I just … I don’t know what you’re singing about.” So I thought, What if I did the opposite—something that’s not abstract and not at all intimidating to a listener? And pretty quickly I arrived at an album about Tommy Boy.

Ultimately, the charm comes from the earnest execution put into songs about a classic and quirky story.  While there have been concept albums inspired by movies in the past — Jay-Z's American Gangster and Fabolous' Loso's Way, for example — Paulson's efforts are unique because they retell the narrative of the movie with a focus on the wholesome aspects that allow it to hold up more than two decades after its 1995 premiere.

Paulson noticed these weightier elements years after he had seen the movie for the first time, discussing with MEL Magazine, "I watched it again and realized, There’s more than just jokes. There’s a lot of heart to this movie."

Sandusky, Ohio is an album that deserves the attention of anyone who has watched and enjoyed Tommy Boy.  While the record may, unfortunately, lack a catchy remix of "Fat Guy in a Little Coat," it still provides listeners with a light-hearted, yet thought-provoking look into a timeless classic.

Sandusky, Ohio is available for streaming and purchase on Bandcamp. You can stream the full album below on Spotify.