Post-punk girl group Savages played a two night stand at Chicago's Lincoln Hall back in July, and Sound Opinions has just uploaded footage of one of those shows to YouTube. Now you can watch the London four piece barrel through a 40 minute set of songs from their debut album, Silence Yourself.

Shrouded in blackness, with minimal lighting casting sharp relief on their faces, Savages display a great deal of ferocious energy, especially frontwoman Jehnny Beth. She howls, shrieks and screams her way through the whole show, and gives Iggy Pop a run for his money with her violent onstage gesticulations. This is a female vocalist who could make you shit your pants without ever hitting the famed "brown note." Put simply, Beth is terrifying.

A member of the Zumic staff had the privilege of catching Savages' recent show at NYC's Terminal 5; read his review here. The Chicago concert's setlist is below. 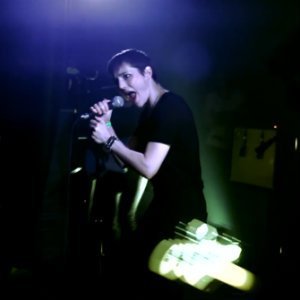 "Adore Life" - Savages [Official Full Album Stream + Zumic Review...
Music Savages Full Album Stream London, UK LP
1
954
Back to top
You must be logged in to upvote.
Registration and login will only work if you allow cookies. Please check your settings and try again.